Nicolai Nielsen of Riwal Platform, Denmark won the 146.1km Stage 1 of the An Post Rás which finished on Main Street, Longford today amid great excitement and in front of an enthusiastic crowd.

After today's action, the King of the Mountains jersey goes to Dennis Bakker of Delta Cycling Rotterdam.

Bakker was 2nd rider past the finishing line which was situated at the Longford Arms Hotel and Przemyslaw Kasperkiewicz (Ireland An Post Chain Reaction) was 3rd. 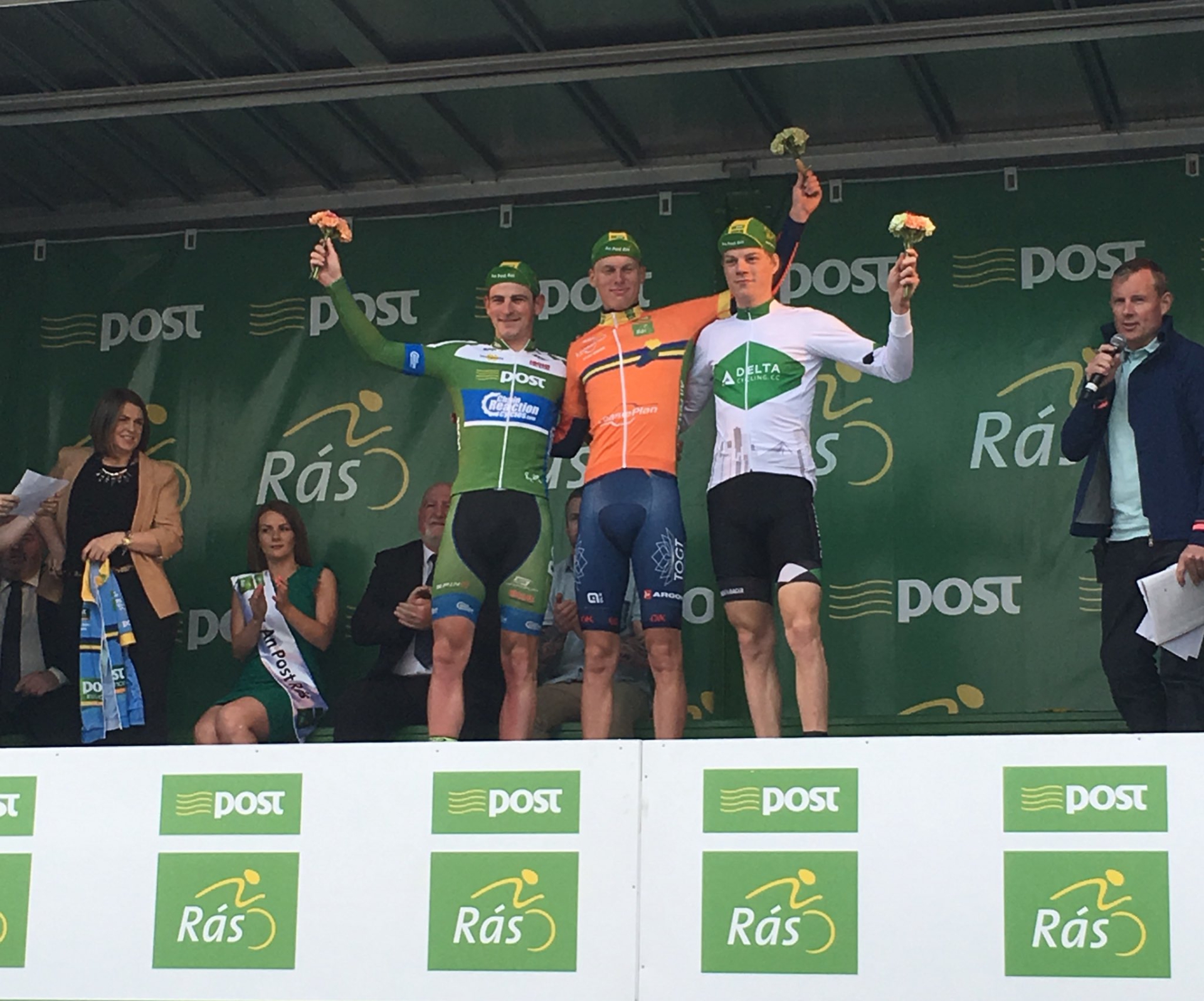 Chris McGlinchey, Cycling Ulster was first Irish County rider home on An Post Rás stage 1 and he gets the Post Insurance Blue Jersey!

Sasha Weemaes will wear the White Under 23 jersey after An Post Rás stage 1.

Stage 2 is 142.9 kilometres and begins in Longford tomorrow morning and finishes in Newport, Co Mayo. 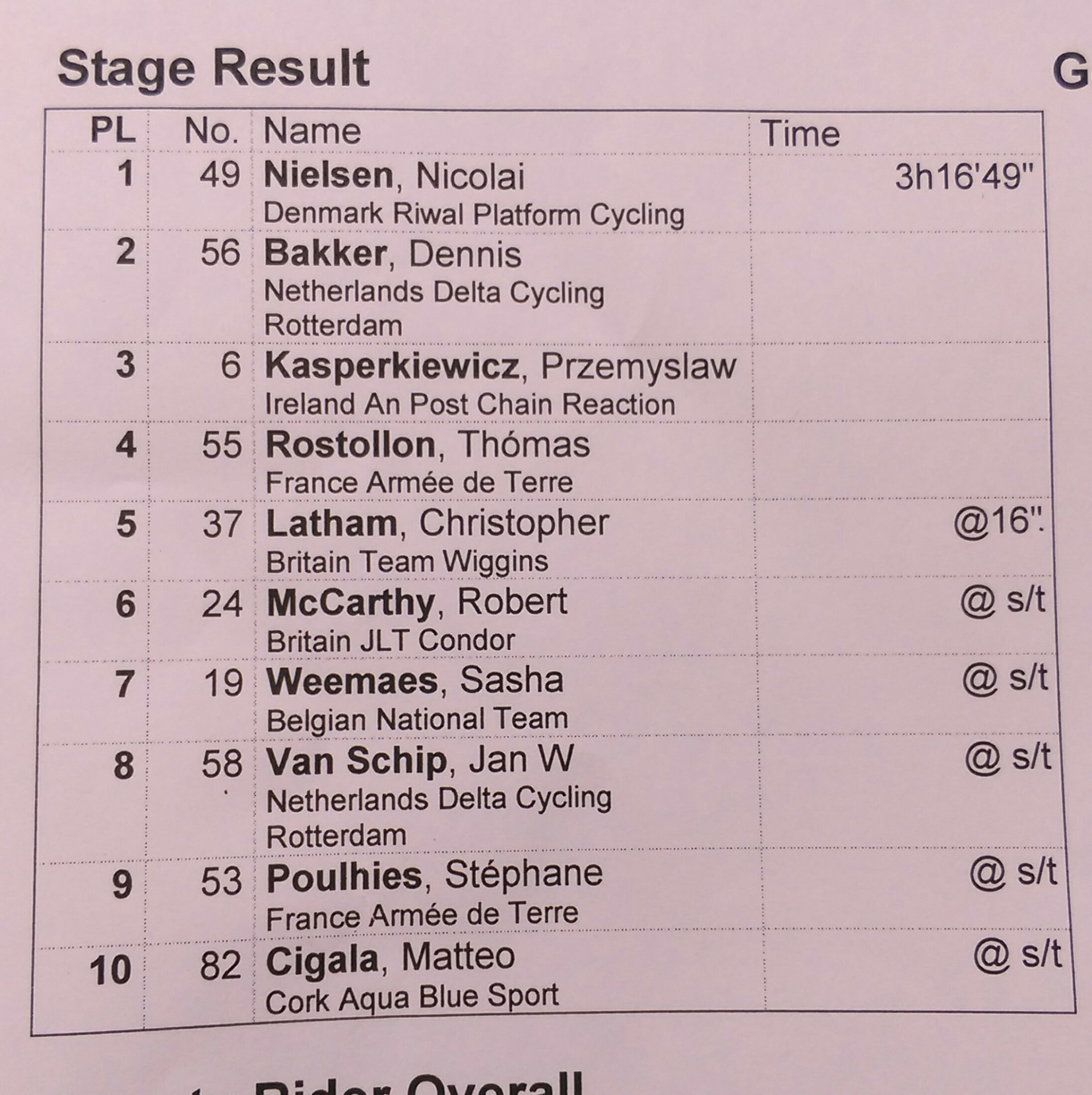 The An Post Rás is an annual, eight-day, stage race around Ireland. The race is Ireland's number one cycling event.

This is the seventh year of An Post's sponsorship of the celebrated Rás Tailteann, which is more commonly known as The Rás. The epic race began in 1953 and has been held every year since. It is one of Ireland’s top sporting events bringing world class sporting action and a significant economic boost to towns and villages nationwide.

Everyone home safe in Longford. Three crashes, a load of road rash, a cable-tied shoe, a puncture and a near-rearending, but we're all ok