If you believe in the supernatural and you've got a fear of antique dolls, you might not want to visit the Ballinamuck home of 33-year-old Natalie Mellon, who has a doll you certainly won't want to meet.

Yes, we know Halloween isn't for another couple of months, but if poltergeists are real, they probably don't care whether or not it's October 31st.

Annabelle is an antique doll who has been wreaking havoc in the Mellon household recently - and Natalie has video evidence to prove it.

"The doll was given to me by my father-in-law from Dublin after he cleared out his attic," Natalie told the Longford Leader yesterday.

"It was owned by some aunty; we guess the age to be maybe around 60 years old but who knows?"

Natalie is originally from Glasgow, where she was a glamour model. She moved to Ballinamuck because she thought it would be a "lovely, welcoming community" where her daughter could discover her Irish roots and find a "nice accent". 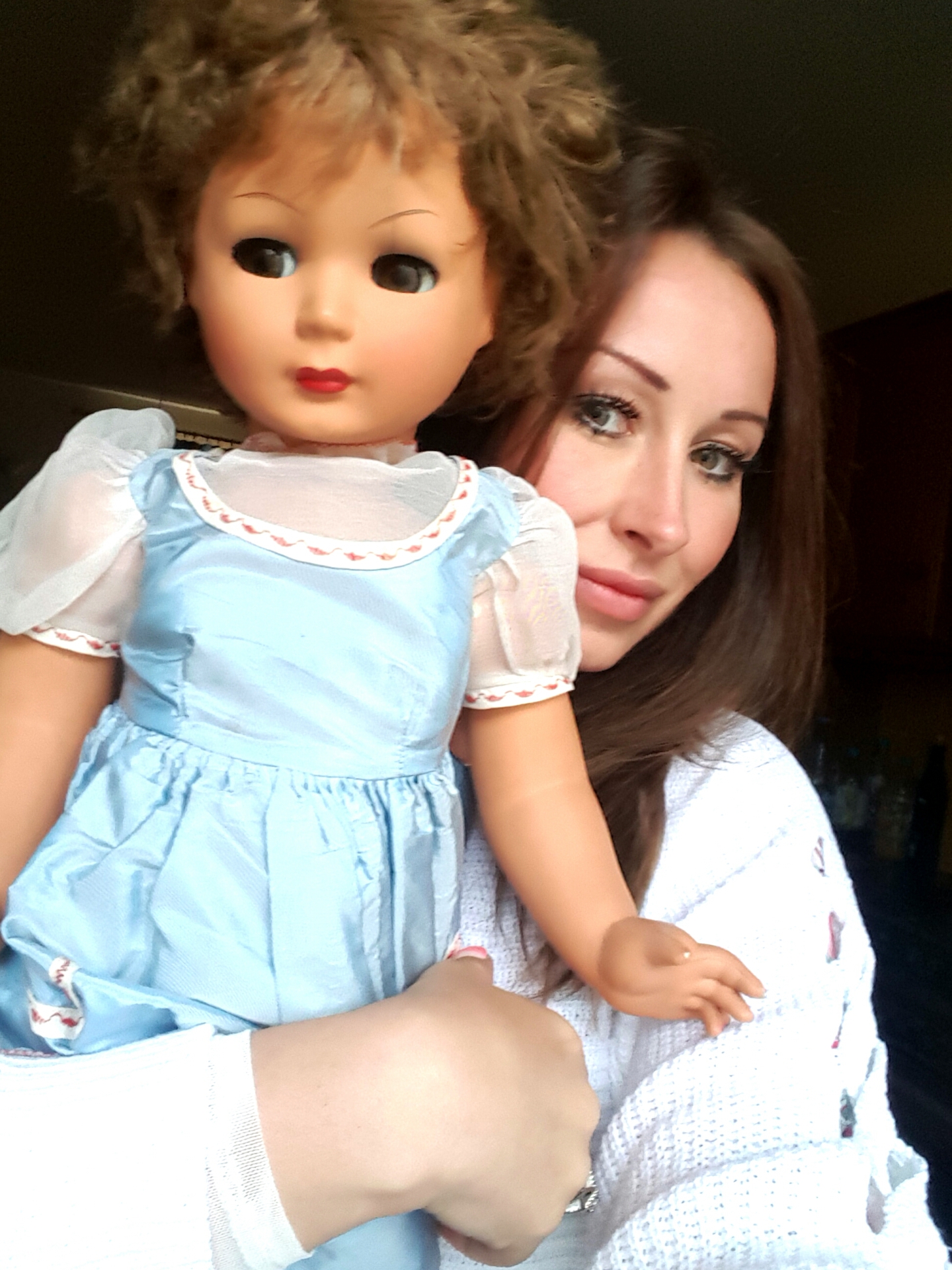 Now Natalie has her own photography business, where she takes "feel good boudoir" images with a vintage feel - hence her interest in antiques.

Her father-in-law thought she'd like to use the antique doll in a photoshoot, but nobody else in the household welcomed it: "I thought she was really pretty and got a really nice vibe from her... no one else did.

"My dogs go mad at her; my daughter will not be in the same room as her and, since the cupboard opening, she's sleeping in the shed," said Natalie, referring to the incident in the video above.

The video shows Natalie taking selfies, with the doll sitting in the background. All of a sudden, a knife slides off the kitchen counter and a cupboard door flies open, giving Natalie a shock.

But this wasn't the only creepy happening since Annabelle moved in.

"The goings on started with mostly everyone else having having really creepy, bad feelings around her, then doors rattling - witnessed by my friend, Jen Halford," Natalie explained.

"Then things were being moved and it was becoming a running joke that she always seemed to be in the room at the time. Things were happening, but they could be explained away until the video.

"We had been out for my partner's lunch, came home, had some birthday cake and I was taking a few selfies, as you do, and hit record by mistake... I just went with it, making a little music video to myself, then what you see on the video happened."

Natalie said she has tried to figure out a logical reason for what happened, but she's at a loss for an explanation: "I think just because you don't know what the explanation is, doesn't mean there isn't one, and I wouldn't be the type of person to jump to 'ghost'... but again, saying that, she is still sleeping in the garden shed," Natalie laughed.

Annabelle also sends Natalie's dogs into a frenzied panic, and scares guests who sleep over.

In fact, according to Natalie, one friend staying at the house in Ballinamuck, heard a tapping noise outside the room in the middle of the night. In the morning, she got up to find Annabelle outside the bedroom door. She assumed it was Natalie who put her there for a laugh, but Natalie says she was asleep and had nothing to do with it.

If that's not spooky enough for you, just check out these images of Annabelle with one of her minions... 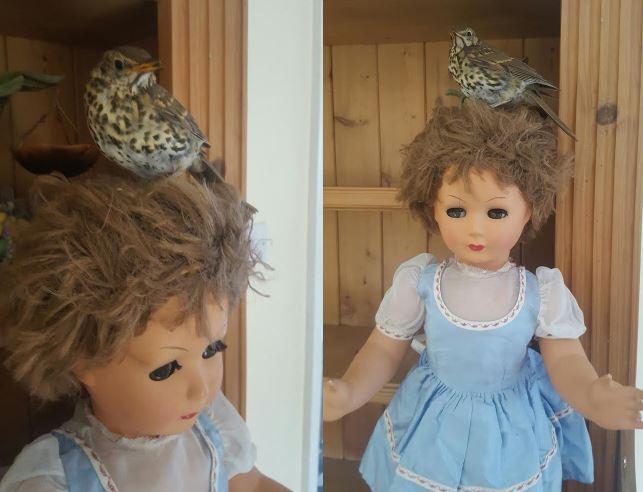 "That bird on the dolls head was literally sitting there when I got up yesterday morning," said Natalie - very Alfred Hitchcock!

Natalie is hoping to find someone who knows a bit about the supernatural and who might be able to shed some light on what's going on, but for now, she has no plans to get rid of the spooky doll.

"She definitely gives off an aura but I rather like it. It is charisma and charm in my opinion so she's going no where," Natalie concluded.