Ganly's Longford Sports Star of the Month Award for September 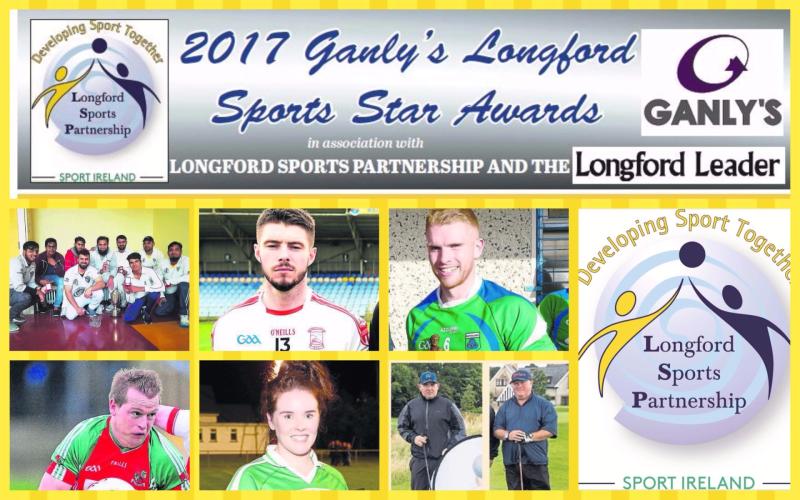 Ganly's Longford Sports Star of the Month Award for September

Voting for the September winner concludes on Wednesday, October 25 at 9pm.

Here is a brief profile of each nominee;

Cricket: Longford Cricket Club
Longford Cricket Club have been making a lot of progress and have enjoyed some significant success along the way. Fielding a couple of teams in the various Leinster competitions, the Dick O’Neill Cup was won by the second selection who beat North Kildare in the Midland and South East Cricket Association Final in what was a fine achievement.

GAA Football: Robbie Smyth
Robbie Smyth has enjoyed a great year for both club and county and the ace Abbeylara attacker was the star of the show in shooting the tremendous total of 13 points (nine frees) in the close call against Colmcille in the Senior Football Championship quarter-final with just the minimum of margins (0-15 to 0-14) separating the sides in the finish.

GAA Football: Shane Donohue
Rathcline showed fierce resilience in storming back to beat Sean Connolly’s in the Intermediate Football Championship Final and particularly prominent was powerful centre-half-back and man of the match award winner Shane Donohue who surged forward to set up Ronan Clyne for the decisive only goal in the second half of the title decider.

GAA Football: David Morgan
David Morgan played a leading role in Mostrim’s extended run in this year’s Senior Football Championship. After producing a great performance in scoring a goal and six points (all from play) in the quarter-final win over Ballymahon the Edgeworthstown attacker figured most prominently again in the last four clash against Abbeylara, registering 1-3 in the narrow defeat.

Clonguish won the Ladies Football Senior Championship title when they eventually got the better of Mostrim after a replay was required to decide the destination of the Alison Smyth Cup. In emerging victorious at the second attempt, Oonagh Shanley scored three points in the 0-9 to 0-6 win and her vital contribution to the Clonguish success was rewarded with the player of the match trophy.

Robert Cleary and Thomas Brennan, representing County Longford Golf Club, won the Leinster Final of the NCBI Specsavers Holmpatrick Cup in competing against 11 other teams from across the province and who then went on to capture the All-Ireland title in qualifying for the international stage of the competition at St Andrew’s in Scotland. 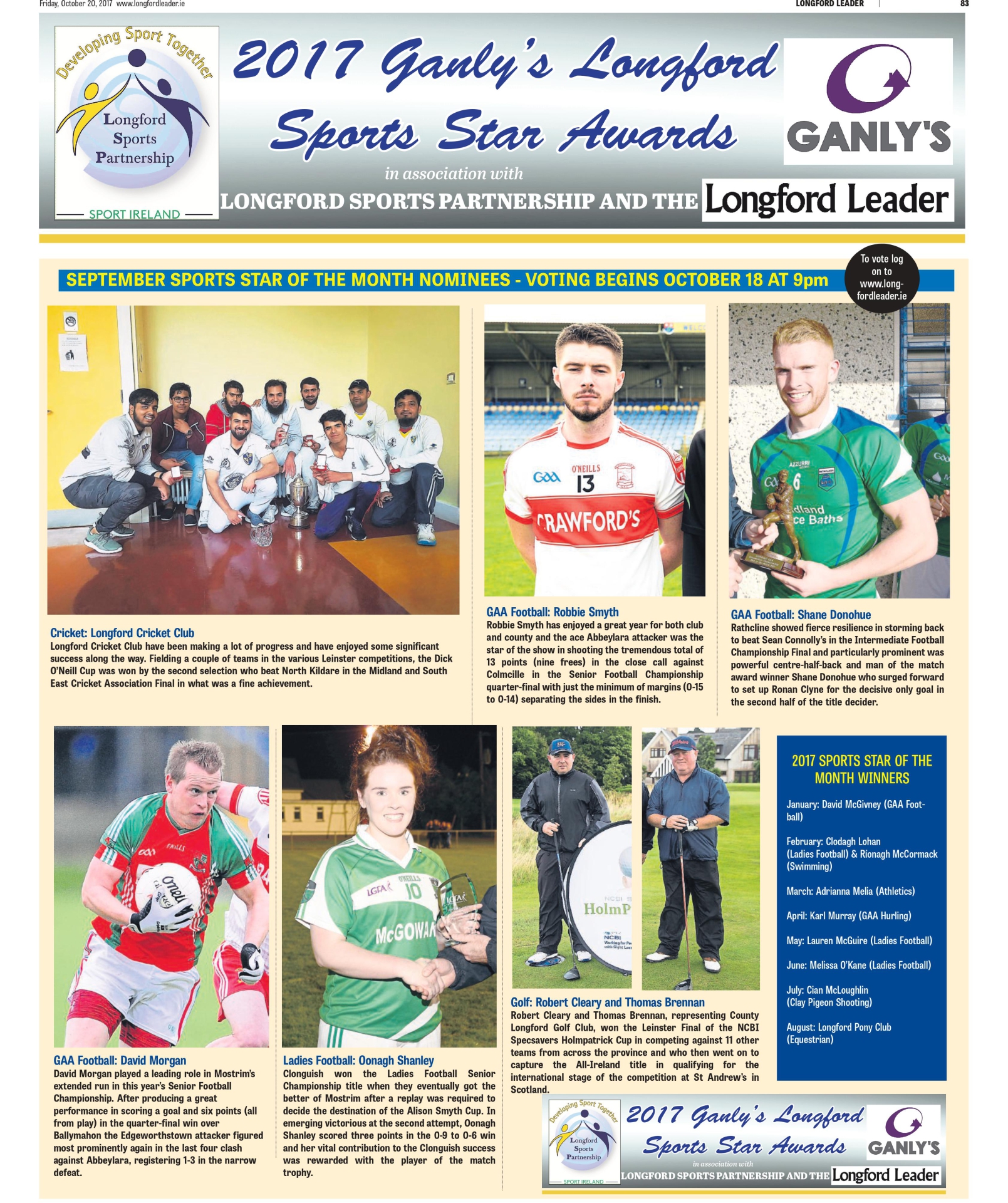