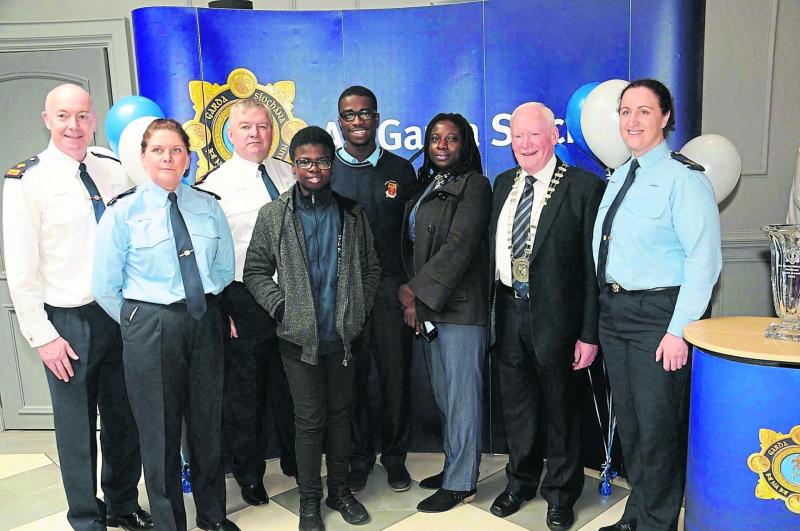 Eric Ehigie, a student of Moyne Community School and organiser of the upcoming mental health awareness event, Mothú, was honoured in recent days for his work as part of the Garda Youth Awards.

Eric, who resides in Longford town and is the welfare officer with the Irish Second Level Students’ Union (ISSU), was awarded the Individual award for his work within the Longford locality. Eric somehow divides his time between his Leaving Certificate studies, his role with the ISSU and his position as youth coordinator for the Longford African network, among other projects.

Eric also holds the position of chairman of the Moyne Community School students’ council. In this role, he has led the development of a social hub at lunchtime for those whose interests and hobbies lie outside traditional sports. He has also been involved in an examination of the RSE programme and has met members of the NAACP, government ministers and practitioners from the mental health sector.

In December 2018, Eric was invited to speak at the launch of the Co Longford Inter-Cultural Strategy. Here he spoke of the richness of all cultures and said that richness could be harnessed to create a new synthesis of cultures in Longford. Eric is a strong voice in Longford for young people of a different race, religion and social standing and helps them come together to exchange and share their experiences and understandings.

The fact that Eric Ehigie, a proud African, was elected chairman of the Students’ Council speaks volumes for his popularity among a student population almost 90% white. His nominators, Patrick McPhillips and Mary Campbell of Moyne Community School, speak very highly of Eric’s impeccable manners towards his school peers and his teachers, his good humour is infectious and he is the perfect role model for the younger students in the school.

The judging panel has noted his efforts at local and national levels and spoke of their delight at declaring Eric Ehigie an Individual Award Winner for 2019. He was one of 22 students honoured.