Over 8,000 people in Ballymahon and surrounding areas have safe drinking water restored 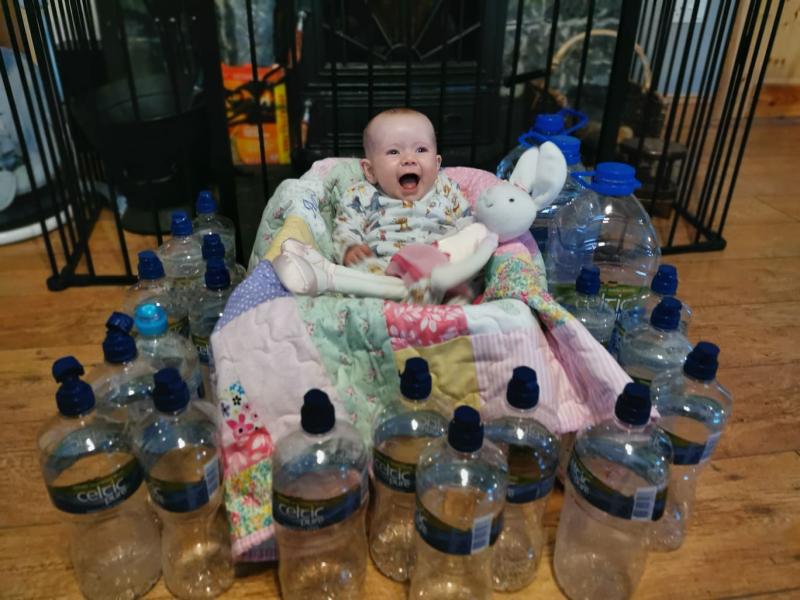 A two-week boil water notice in Ballymahon and surrounding areas has been lifted after two weeks, meaning affected families no longer have to count the cost of their struggle to source clean drinking water.

“It's an added inconvenience but the cost is starting to hit home,” said Ballymahon town resident Sean Clancy told the Longford Leader on Monday before the notice was lifted.

Sean and his wife Lisa have two children, Tomas (2) and Aoife (four months, pictured on front page), and have been boiling water for drinking and food preparation to keep their children safe and hydrated. But the family, like so many others in the area, was starting to feel the pinch as they waited for good news from Irish Water.

“Between creche fees, mortgage and generic living costs, the few euro more a day it's costing to source clean water is adding up,” said Mr Clancy.

“We boil as much as we can for generic use but that's extra pressure too ahead of having to sterilise bottles and general baby paraphernalia.

“We're lucky we're not dealing with any critical illnesses or compounding circumstances like some families are, I can't begin to imagine the strain those families must be under.”

As an engineer, Sean understands the difficulty and high costs of producing clean drinking water.

“But in this day and age, with the eyes of the world firmly fixed on Ballymahon ahead of Center Parcs opening, it doesn't give a good impression,” he said.

The main concern, though, was the local community and the massive effect that the lack of clean water was having on the town as a whole.

“Further delays are unacceptable. Too many people are beginning to strain under this added pressure,” he said on Monday evening.

“There are still no signs of resolution, no signs of alternative provisions for water being provided by Irish Water or Longford County Council; we've no clear answers or directions.

“It's the lack of support and leadership from the public bodies that we're supposed to be trusting our communities to that's really concerning.”

And the extra costs to businesses were having an “astronomical effect” on the local community, he added.

“Good and operational infrastructure is the essential backbone of community life, and when it starts degrading and lacking in quality it's not individuals alone that suffer, it's every aspect of life within the community.”