Star-studded evening of seasonal music on RTE this Christmas 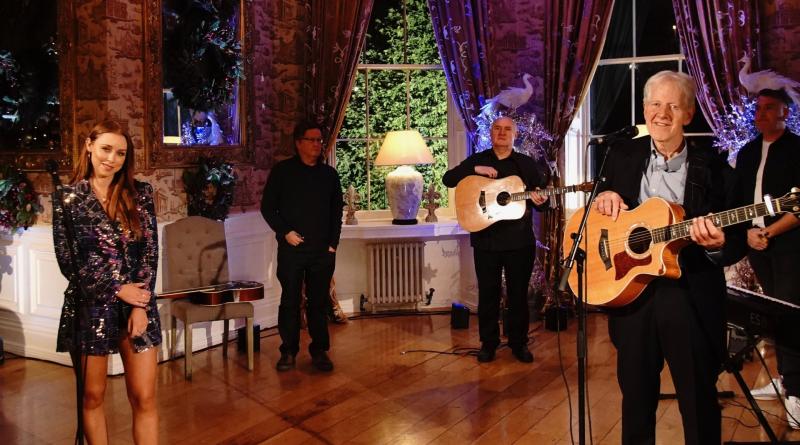 Mary Kennedy and Ruth Smith host a carols show like no other, bringing Christmas magic into every home with a star-studded evening of seasonal music, old and new, from all across the country on RTÉ One.

The programme also features Lisa Hannigan, Imelda May, Loah, Celine Byrne, Ray Lynam, Mick Flannery, Susan O’Neill and teenage Irish YouTube sensation, Allie Sherlock. We'll also hear from some very special guests, Sister Stanislaus Kennedy, Micheál Ó Muircheartaigh and Donnah Vuma, who reflect on the meaning of Christmas at Home, in a year which has kept people apart, but also brought them together, like never before.

At a time when most choirs have been unable to perform together, the show offers a welcome chance to hear carols, traditional and new, from Maynooth University Chamber Choir, the Choir of the National Seminary, Schola Gregoriana and RTÉ Cor na nÓg. And, of course, no Carols show would be complete without the musical talents of the RTÉ Concert Orchestra and RTÉ National Symphony Orchestra.

Running through the show like threads in a braid are ideas about home. This year has challenged so many people’s understanding of home: a sanctuary, an unexpected workplace or classroom and even, for some, a place of isolation.

Absences, grief and economic uncertainty will make Christmas feel very different this year, and yet all the signs are already there that Irish people are reaching out to those who are grieving, lonely or needy, offering hope and kindness to friends and strangers alike.

Traditionally, Irish people head home from far and wide at this time, and also head to the homes of friends or family members. That may not be possible for everyone in 2020, but that could make feelings about “home” all the more precious, especially to those self-isolating or stranded abroad. From her adopted home in England, Imelda May delivers a specially commissioned poem, demonstrating how absence really does make Irish hearts grow fonder.

In a year when the number of homeless people began to fall, but the vulnerability of rough sleepers on our deserted streets rose, Sister Stan offers a reminder that a home is constructed as much out of love as from bricks and mortar.

Donnah Vuma compares the family home of her childhood in Zimbabwe to the one she has experienced in her adopted homeland of Ireland, identifying with Jesus, Mary and Joseph who, when they escaped from Herod into Egypt 2000 years ago, became asylum seekers, like herself.

And in the year when he turned 90, Micheál Ó Muircheartaigh shares memories of Dingle Christmases past, from the beauty of Mass on Christmas Day to the raucous craic of the Wran Boys.

Musically, you can expect to hear traditional favourites, such as O Holy Night, Adeste Fideles and a sensational performance of Silent Night by Celine Byrne with the RTÉ Concert Orchestra and Cor na nÓg. But there will also be new and less familiar carols, including teenage star, Allie Sherlock’s performance of Gabriel, How Can This Be? in her hometown in Cork.

In Castle Durrow, country legend Ray Lynam teams up with Úna Healy for a poignant Christmas song by the late John Prine, who passed away with Covid in April. And Indie folk duo Mick Flannery and Susan O’Neill welcome us to their home county of Clare for some really special performances of Christmas classics.

In short, Christmas at Home will bring all the light, hope, beauty and magic into your home this festive season. It airs  Christmas Eve at 9.10pm on RTÉ One, with the repeat on Christmas Day at 7.20am and on RTÉ Radio 1 at 1.15pm.