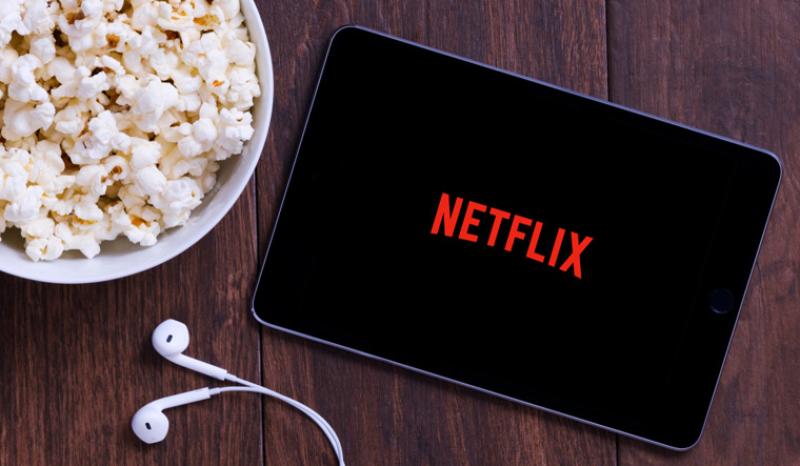 The Trial of the Chicago 7   (Now on Netflix)

What was intended to be a peaceful protest at the 1968 Democratic National Convention turned into a violent clash with police and the National Guard. The organizers of the protest—including Abbie Hoffman, Jerry Rubin, Tom Hayden and Bobby Seale—were charged with conspiracy to incite a riot and the trial that followed was one of the most notorious in history.

Set in the initial months of the COVID-19 pandemic, Social Distance is an eight-part anthology series that showcases the power of the human spirit in the face of uncertainty and isolation. Each standalone episode is told through a virtual lens and captures the unique emotional experience of being forced apart by circumstance and having no choice but to communicate remotely and rely on technology to maintain any sense of connection.

Through these varied and deeply human stories, Social Distance aims to provide some much-needed catharsis during a tumultuous time while also capturing a snapshot of this singular moment in history.

After following Commander Burnham into the wormhole in the second season finale, Season 3 of STAR TREK: DISCOVERY finds the crew of the U.S.S. Discovery landing in an unknown future far from the home they once knew. Now living in a time filled with uncertainty, the U.S.S. Discovery crew, along with the help of some new friends, must work together to restore hope to the Federation.

Syd and Shea McGee started documenting their signature rustic interior design style and home renovations on Instagram back in 2010 and grew their social media presence into a thriving design business - Studio McGee.

They currently employ a team of 70 in both their interior design and e-commerce legs of their business and have clients around the world. Dream Home Makeover melds together the personal side of the McGee’s, what it’s like to raise their two daughters and build their own dream home, along with the day to day of running a successful business.

Each episode features one home design project that ranges from budget-friendly living room upgrades to full home renovations where money isn’t an object - the perfect aspirational design series with relatable tips for viewers looking to bring beauty into their own abodes through the journey of this talented husband-and-wife duo.

A Babysitter's Guide to Monster Hunting   (Now on Netflix)

When high school freshman Kelly Ferguson (Tamara Smart) reluctantly agrees to babysit Jacob Zellman (Ian Ho) on Halloween, the last thing she expects is to be recruited into an international secret society of babysitters who protect kids with special powers from monsters.

Based on the first instalment of Joe Ballarini's popular scary book series of the same name, A Babysitter’s Guide to Monster Hunting is directed by Rachel Talalay, produced by Ivan Reitman and Amie Karp, with Naia Cucukov, Tom Pollock, and Ilona Herzberg executive producing. Alessio Scalzotto, Tamsen McDonough, Ashton Arbab, Crystal Balint, and Ricky He also co-star in this action-packed adventure about working together to overcome your fears.

BLACKPINK: Light Up the Sky   (Now on Netflix)

Since their debut in August 2016, Blackpink has become the highest-charting female K-pop group of all time with their innovative music, eye-popping music videos and internet-breaking fashion concepts. BLACKPINK: LIGHT UP THE SKY serves up the never-before-seen moments that Blackpink’s global fandom — known as “BLINKs” — have been craving for years.

Directed by Caroline Suh (Netflix’s “Salt, Fat, Acid, Heat”), the documentary goes deep with each of Blackpink’s four members: Jisoo, the whip-smart unnie (“big sister”) of the group with a quirky sense of humor; Jennie, the rapper whose fierce onstage persona contrasts with her soft-spoken nature; Rosé, the dulcet-voiced Australian coming into her own as a singer-songwriter; and Lisa, the dancing queen whose spark plug personality never fails to make her bandmates laugh.

As Blackpink continues reaching new heights in their career — from headlining sold-out world tours to becoming the first female Korean group to perform at Coachella — each member reflects on the ups and downs of fame and the long, often challenging journey that brought them to worldwide success. Blackpink: Light up the sky reveals the relatable, unfiltered sides of the foursome, who continue to be a leading force in expanding K-pop’s popularity, proving that music knows no borders or language barriers.

The Cabin with Bert Kreischer  (Now on Netflix)

After years on the grind, Bert Kreischer sets out on a purifying retreat to a remote cabin to cleanse his “mind, body and soul." In The Cabin with Bert Kreischer, a new 5-episode docu-series, the comedian is joined by his celebrity friends as he attempts bizarre therapy techniques, intense physical challenges, and ridiculously improvised encounters with nature.

Five students at the largest public high school in Brooklyn take on a chaotic world as they fight to succeed, survive, break free and seize the future.

Rooting for Roona   (Now on Netflix)

In rural India, a child with hydrocephalus gets a chance at life-changing surgery after her photos go viral. This documentary charts her journey.

The Octonauts must find a way to hold back hungry swarms of coral-eating starfish to save a new friend’s fragile home on the world’s biggest reef.

Pup Academy is back in session! But a new threat arises as a wicked plan to destroy the bond between humans and dogs takes shape.

As the four pals continue to live it up with their monster allies, Jack worries a newly discovered radio transmitter may put an end to the fun.