IN LiMBO: Irish Dance - but not as we know it - is coming to the Roscommon arts centre 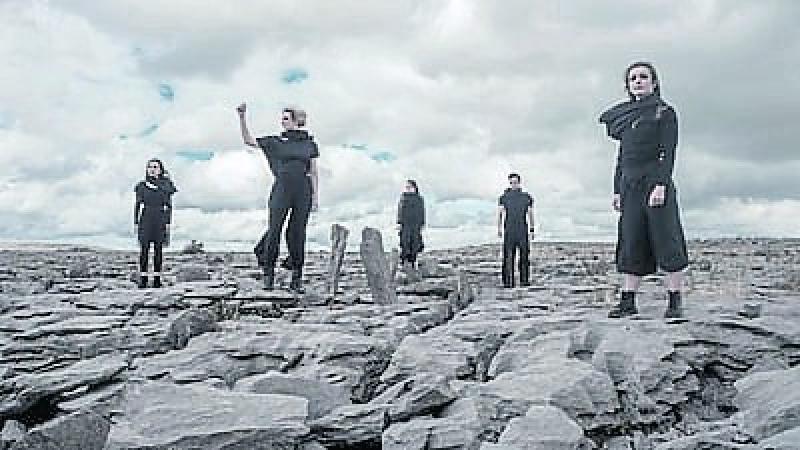 IN LiMBO comes to the Roscommon Arts Centre this Thursday night

Watch as four musicians and six dancers take the basics of irish dance as we know it and translate it into a new, but still recognisable language of music and dance. Sitting in between the two worlds of traditional and contemporary, IN LiMBO takes a journey to where few have gone within Irish dancing.

Choreographer Kristyn Fontanella has toured with Riverdance, Lord of the Dance, On Eagle’s Wing, Celtic Nights, Beyond the Bog Road with Eileen Ivers and as the lead female role in Gaelforce Dance. This is where Kristyn found her calling for creating movement, using her knowledge of Irish dance in a contemporary context and creating some of her first Irish dance fusion.

She has worked with ex-Riverdance lead Colin Dunne and more recently with Jean Butler on her duet with Belfast cellist Neil Martin and was also deputy choreographer under Jean Butler for UCD’s Scholar dance programme and Irish dance Ensemble.
IN LiMBO was developed after receiving the 2018 Traditional Arts Project Award from the Arts Council by Kristyn, whose mission is to show another side of the complex world of Irish dancing to this generation of irish dancers — she wants her work to be a new way of thinking about Irish dancing and for the audience to find the familiar of the old within the new.

The show opens on Thursday, January 30, and with an earlier start time of 7pm and a special ticket price of just €8 for under 16s to facilitate youth audiences.

Roscommon Arts Centre invites you to come along for the opening night of the tour as it presents another way of looking at a dance form that you thought you already knew. Tickets are available from the box office on 0906 625824 or online at roscommonartscentre.ie.

The performance will be followed by a drinks reception. All are welcome. Take the chance while you can to see this exciting show - whether you know dance or not, you'll find something new in it!