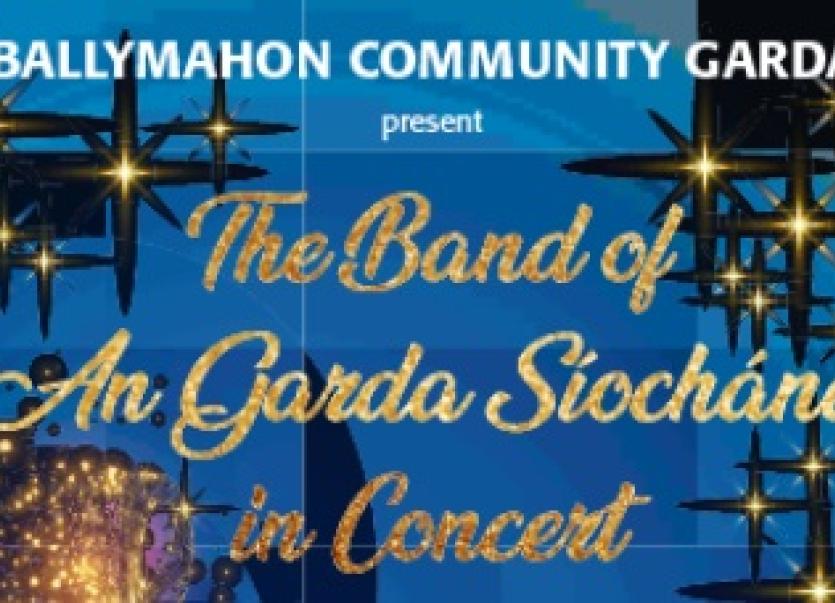 Ballymahon Community Gardaí present the band of An Garda Síochána in Concert at St Matthews Church, Ballymahon, on Sunday, December 15, at 3pm.

The concert will be followed by afternoon tea and a free raffle with some great prizes.

Prizes include:
- Two tickets to Take it to the Limit, plus one night B&B in the Landmark Hotel, Carrick-on-Shannon, sponsored by Tom Sheerin (Sheerin Family Band) and Raj Singh (Big Bites)
- A large, framed, aerial photograph of your home or scenery of your choice. Worth €150. Sponsored by Drone Photography Ireland.
- €100 voucher for the Nine Arches restaurant in Ballymahon. Sponsored by Bernard Hackett.
- Voucher for Air by Joan O'Meara, sponsored by Joan herself.
- A family portrait, sponsored by Andrea Duncan Photography.