Local children gear up for Playmaking at Longford's Backstage Theatre 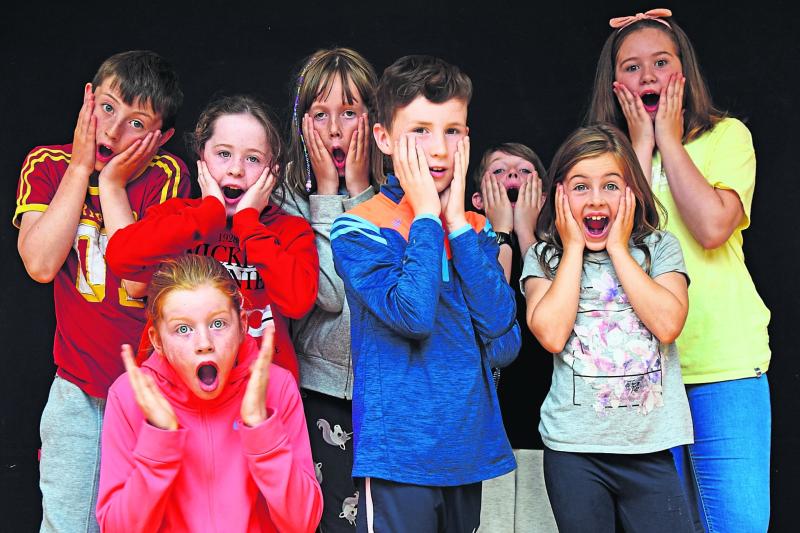 Playmaking: Children taking part in the exciting project this October getting into character

In the first project of its kind in Ireland, a group of 9 to 12 year olds were selected through an open call to work with director & Backstage Theatre Artist In Residence Maisie Lee in a project called Playmaking.

Maisie worked with the kids throughout the summer, helping their imaginations shine, as they wrote their own individual plays that will now be performed by professional actors and brought together by a team of professionals including lighting, costume, set and sound designers.

These short plays will be performed in Backstage on Saturday, October 26 during the Aisling Children’s Festival and again in Roscommon Arts Centre on Sunday, October 27.

Speaking of the project Maisie said that the participants are “all really creative and really imaginative and I just let their imaginations fly”.

She spoke about how she was conscious not to “put any limits on their imagination and let them write their plays about anything”.

“What I’ve aimed to do is give the children some kind of validation of their work and the way I’ll be approaching it with the actors and the designers is the same way we would approach any professional play script so that there’s no difference between a nine year old or a 99 year old writing a play, our approach will be the same,” she said.

“I worked on something similar in New York when I was in my early twenties and it’s always been something that’s been bubbling away as an interest of mine so the opportunity from Backstage then to bring this to life has been brilliant and I’m very excited to see what we bring to life.

“I know it’s going to be really fun and colourful with crazy ideas and the audience will have a ball.”

As part of the Creative Counties programme, Backstage is thrilled to be able to also give young writers in Roscommon this incredible opportunity to work with Backstage Artist in Residence in Roscommon Arts Centre.

Book now for a performance of 11 very special plays by children from both counties and see their stories come to life on a professional stage, performed by a professional cast - Backstage Theatre on Saturday October 26 at 6pm during the Aisling Children’s Arts Festival. Tickets are just €5 and available on 043 33 47888 or via backstage.ie.