Love Island update - Maura refuses to give up on Curtis 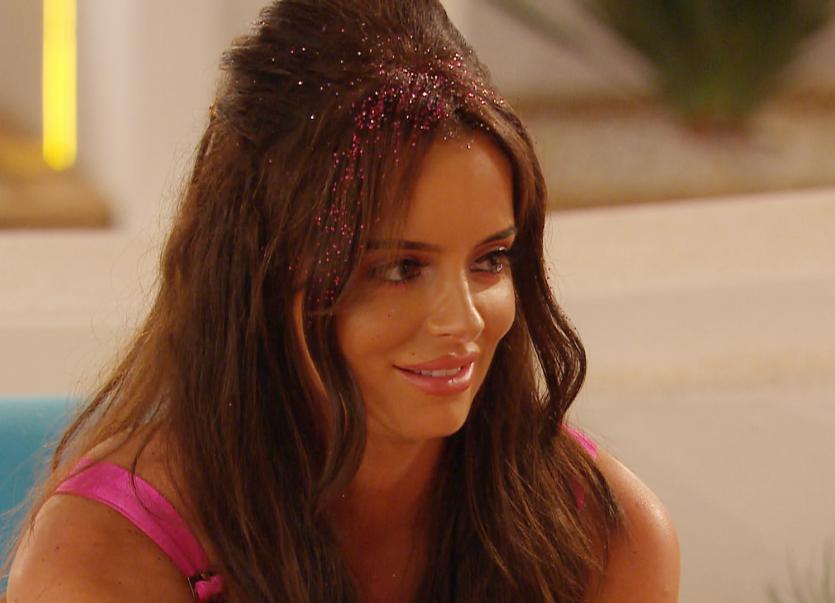 The attention has soon turned back to Ballymahon babe, Maura Higgins, who was left unhappy with last night's events, after Francesca swooped in and coupled up with Curtis. Maura has made no secret of the fact that she has feelings for Curtis. Equally, Curtis is interested in getting to know Maura but has now also got eyes for Francesca.

Curtis checks in with Maura to see how she is feeling after the Recoupling. Curtis reassures Maura that he is still interested in exploring a romantic connection with her. Curtis raises his glass to toast Maura. Curtis says “Cheers.”

Maura jokes “To what? Sneaking out on the day bed tonight, when everyone’s gone to sleep?”

Despite Curtis now being coupled-up with Francesca, Maura isn’t giving up on him just yet.

She says to Curtis, “She’s [Francesca] never going to make you laugh the way I do.”

Curtis is now torn between the two girls.

Speaking with Tommy and Molly-Mae on the sun deck, Curtis says, “I don’t want to rush it but I know I need to get a move on because I’ll push them both away. I wish one of them was horrible, it would make the decision so much easier!”

Francesca, however, feels as if her and Curtis could be the perfect match.

Speaking in the Beach Hut, she says “I do think our personalities are really similar.

"I haven’t really found someone before that is as positive and silly and giggly as me.”

Later that day, Maura asks Curtis for a back massage. Francesca has a front-row seat and isn’t happy about the pair’s liaisons. That evening, Francesca is keen to let Curtis know how his actions made her feel.

Referring to him giving Maura a massage earlier in the day, Francesca says “I did find it a little disrespectful. I find that quite full on.”

Maura overhears the conversation from the next table and looks irritated by it. But who will Curtis decide to pursue a romantic connection with? Tune in to tonight's episode on Virgin Media from 9pm.