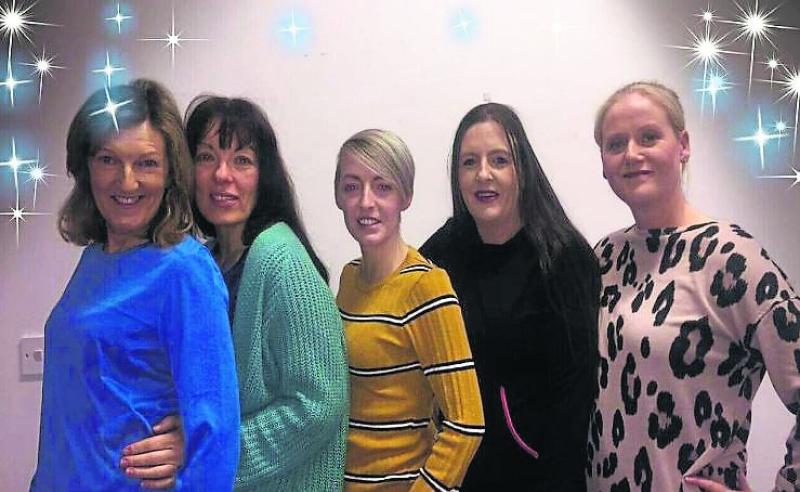 Mary Kiernan, Linda Heffernan, Mary Murphy, Becky Greene and Caroline Gorman will be performing in the Longford Arms on Friday April 12 as part of Magic at the Movies

Songs from the movies will be hitting the ears of the audience in the Longford Arms on Friday, April 12 next, when Magic at the Movies Lip Sync hits the stage for a hilarious night of entertainment.

Part of the proceeds will also go towards local election candidate Brigid Duffy's election campaign but the fundraiser itself is not political.

There will be 34 people between the ages of 15 and mid-60s so there'll be something for everyone.

Jimmy Connell of Jimmy Jests fame will be MC for the night, ensuring a great night of craic.

There are a total of 10 acts, with a variety of local groups teaming up to provide the entertainment for the night.
Popular local musician Aisling Rynn will perform at the interval.

They can also be purchased at the door.