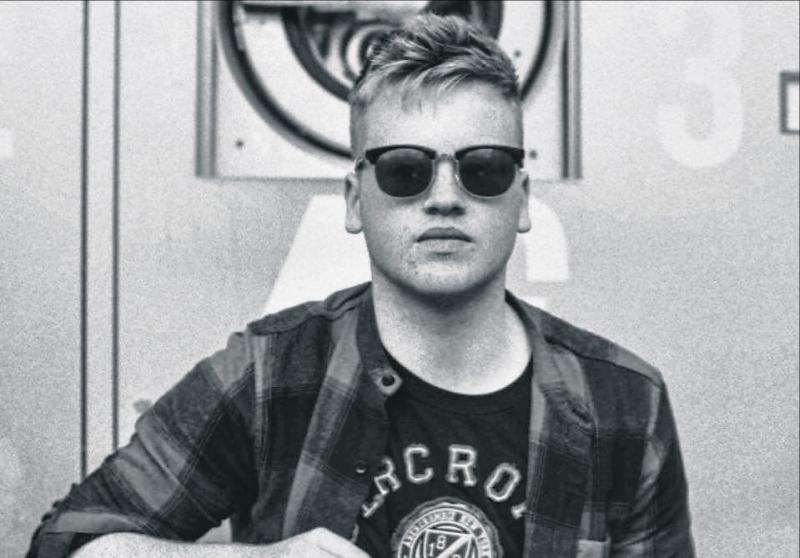 From the very first piano note, the latest Rêves single, 'Depths & Between', will catch your attention; but it's the unique and enchanting sound of Adam Fenelon's voice that will hold that attention for the song's four-minute duration.

Well-known in Longford as the frontman of popular local band, Painted Skies, Adam is going it alone for a while under the name Rêves.

Painted Skies are currently taking a break, and Adam himself is studying for his Leaving Cert exams, which he will sit later this year. But it would seem nothing can stop him from writing and recording music.

“I have decided to go out on my own just to write and play music because I love it so much. I can’t sit still,” Adam told the Longford Leader.

“I love releasing music and gigging and this project gave me a way to do something fun on the side and I get to try different styles and ideas that I wouldn’t otherwise do.

“Playing with Painted Skies is really fun. They are an amazing group of people and awesome musicians and getting to gig with them over last two years has thought me so much, so I owe them a lot.”

Rêves started as a solo project for Adam a little over two years ago when he started writing and recording songs at home.

“I wrote all of the EP over the last two years, but I'm very lucky to have some great friends that are currently helping me record the music and play some gigs,” he explained.

“Hopefully it will turn into a band over time but, for now, it's really just myself and Ciarán Sheerin who has really added so much to the record as his guitar-playing is out of this world.

“I really hope to make Rêves into a full-time thing, but, for now, it's just for fun.”

Adam wrote his new single, Depths & Between, over a year ago and, after sending it to a few radio stations, he was shocked to receive an overwhelmingly positive response.

“Most of them decided to play it, including 2FM, which really promoted the song for me so I was very lucky in that sense. I wanted to have it as the first single as I thought it was fun. It's upbeat and catchy but still touches on an important issue in my opinion,” Adam explained.

“Depths&Between is a story about two people who grow apart over time. It is more of an observation of others than a personal experience. I think it's very much the same for the rest of the record. I was inspired by how we as people deal with problems, what makes us happy what makes us sad, etc...

This is really what inspired the song and the rest of the music.

“I've been very lucky to experience some amazing gigs over the past year. I wanted to have a song that people could dance to and sing to without much effort as this is what makes a good show in my opinion and Depths & Between is very much that type of song and it's mega fun to play live.”

So far, Adam has had a hugely positive response to his new single, with 2FM even going as far as to name it Record of the Week.

“Thanks to everybody for supporting my new single its been incredible. Big thanks to Lakeland Studios for producing the song and recording it,” said Adam.

To keep up to date on more music from Adam, you can check out his Facebook and Instagram pages under Rêves Music. His music is also available on Spotify, iTunes and other music resources.

“We have some big news coming soon so watch this space,” Adam concluded.