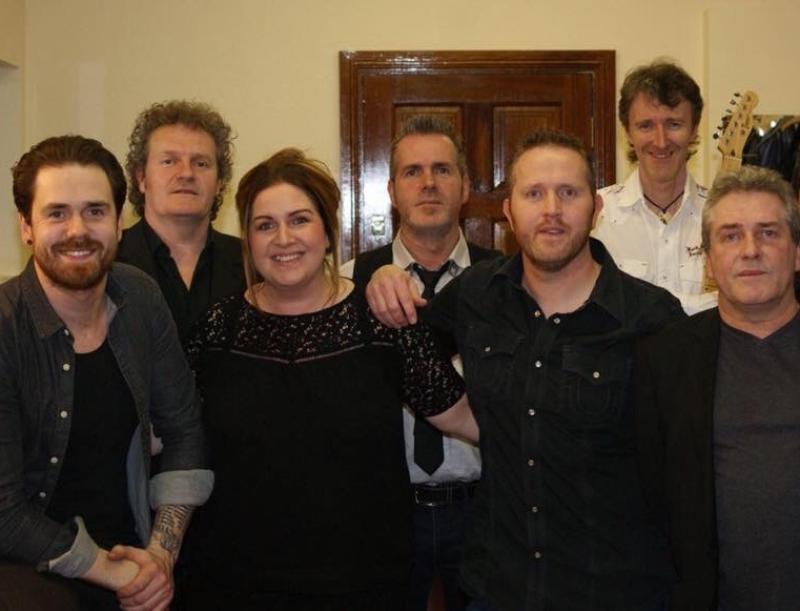 The Sheerin Family Country Band will be playing in Cooney's Hotel on Tuesday, December 12.

The Sheerin Family continue with their regular once a month gig playing to a packed house in Cooney’s Hotel, Ballymahon. This month on Tuesday, December 12th there is a very special treat in store for fans of country music. The Sheerin Family will be joined on stage by award winning newcomer Ben Troy.

Nineteen-year- old Ben Troy hails from Carrickmacross, Co. Monaghan and with exceptional talent and an evident passion for music, success was imminent. With his unmistakable love for music from the small age of three, Ben grew up with an ear for music and a knack for performing, and took to the stage for the first time at just eleven years old – where his love for country became apparent.

Over the past few years Ben has been on numerous television shows in Ireland including The All Ireland Talent Show, The Late Late Show & the highest honour in country music, the prestigious Grand Ole Opry. His current count for country music awards received is fifteen, with many more on the horizon.

Ben has been a regular guest throughout the UK &amp; Ireland with Derek Ryan and has grown a large fanbase from the shows.

So impressed was Derek, that he has signed Ben to his record label Ryan Records and plans to release his first album in the Autumn of 2016.

A great night is in store on the 12th and you never know who you might spot in the crowd from the Irish entertainment world.
The show starts at 10pm and admission is free.