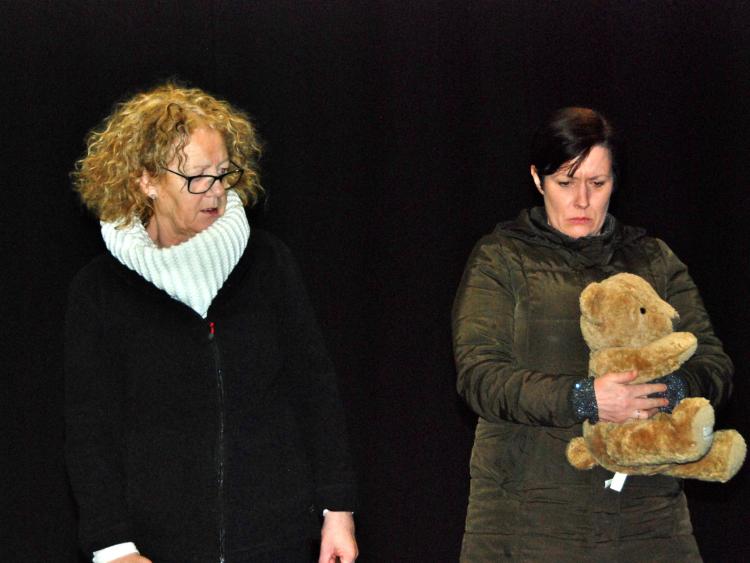 Above: Eileen Murphy and Christine O'Brien prepare for this week's production of 'Same Old Moon' at the Backstage Theatre. Below:

Following the success of the autumn staging of ‘The Accused’, the Backstage Theatre Group is bringing its newest production, ‘Same Old Moon’, to the Longford stage this weekend.

‘Same Old Moon’ takes a very funny, charming yet honest look at the ins and outs of Irish family life, through the eyes of aspiring writer, Brenda Barnes.

The production follows Brenda’s life from the age of nine until she is in her 40s, as she moves from Dublin to Galway to London in search of success in her writing career.

The performance provides an inside look at the goings on of Brenda’s eccentric and sometimes fiery Irish family, introducing her wilful and self-destructive father, her put-upon, sometimes hot-tempered mother and many others.

Directed by Ollie Kenny and written by Geraldin Aron, the play is performed by a cast of eight actors - some using their talents to perform multiple characters.

The play will run in the Backstage Theatre from Thursday February 16 to Sunday February 19. Tickets are available for €15 for adults and €12 for students, senior citizens and children fromthe theatre box office on 043 33 47888 or online at www.backstage.ie.