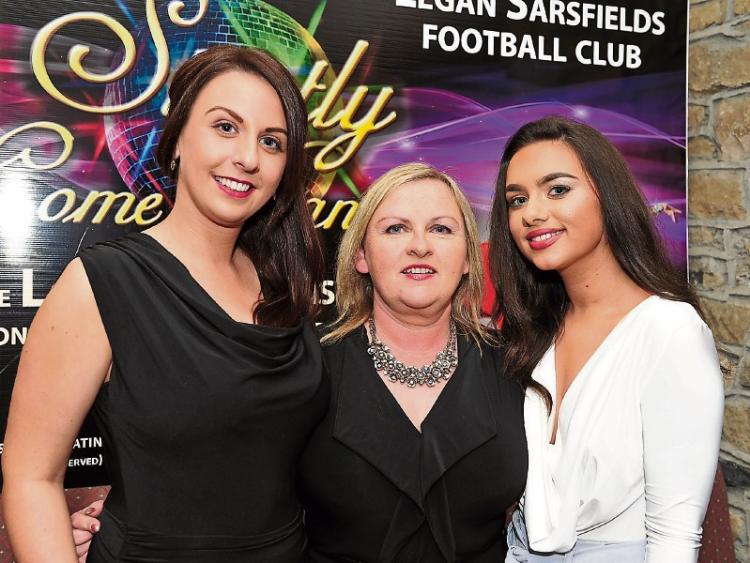 The community of Legan will put its best foot forward next weekend during 'Legan Sarsfield GAA Goes Strictly' in the Longford Arms Hotel.

Eleven couples will dance the night away on both November 11 and 12, with a winner announced on each night. The judging panel will be different on both nights to really keep the dancers on their toes.

The fundraiser will go towards upgrading the pitch and the construction of a community walkway around the grounds. Speaking to the Longford Leader, Club Chairman Cllr Paul Ross said it's the first major fundraiser they have undertaken in fifteen years.

“We're embarking on major building works which will benefit the whole community. We will be spending 180 to 200 thousand on the development.”

As the project is so community-centred, everyone from Legan and the surrounding areas are jumping to be involved. Cllr Ross emphasised how delighted the club is at the enthusiasm shown and how much everyone is getting behind it: “we have dancers from Legan, but also from Edgeworthstown, Granard, Rathowen, Ardagh, Legan, Carrickedmond and Ballymahon.

“We decided to ask people from the surrounding areas     to participate in order to get as many people as possible involved. The Strictly Come Dancing has been very successful in other clubs. It really brings communities together.”

Jimmy Connell from Edgeworthstown will MC the proceedings as each couple try their best to impress the judges. Announcing the judges, Cllr Ross continued; “we have Dermott Brady, Longford Captain, one of the ladies from Longford Ladies, Longford Rose Caroline Doyle, Vanessa Flood, Marie Greene and Thomas Dinnigan.”

The judges will have a hard decision as the dancers are currently being put through their paces in order to get in shape for the night.

“Emer Nolan who is the choreographer in Ballymahon Vocational School is working with the teams. It's very professionally put together,” Cllr Ross added.

The audience will enjoy a mixture of Jive, Waltzing, Salsa, Disco and Charleston as they cheer their favourites. Encouraging everyone to support the cause, the club Chair concluded; “it will be a great night for the community to get out while supporting the local GAA club.”

Tickets cost €20, with Saturday night almost sold out. Tickets are available for the Friday night but are selling fast. They are available from participating dancers, committee members and local outlets.