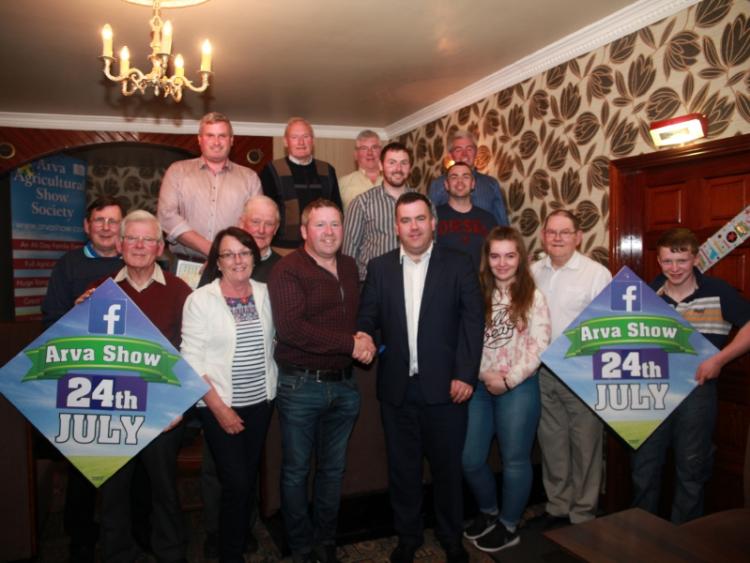 The stage is set for the 59th Arva Agricultural Show which takes place this  Sunday July 24 and once again, the hard-working committee has organised an event designed to appeal to one and all.

The show will be held on the lands of Philomena Fyfe, in the heart of the town which makes it one of the best located Shows in the country, showcasing the town of Arva at its best.

The meeting point of three provinces, it is no surprise that Arva attracts people from far and near for what is an exemplary showcase of rural life.

This year, a number of changes have been made to the over 200 classes so there is plenty of choice for people looking to enter in either the Livestock or Home Industries Section.

There is particular emphasis on the baking, vegetables and floral categories at this year’s show.

“With more and more people growing their own vegetables and getting back into baking,  we are hoping to see a large number of entries this year for the vegetable and baking sections,” Brian Cully of the Arva Show committee explained.

In recent years the entries for the Photography Section and also the Dog Show & Poultry have grown immensely.  Entries will be taken at the Dog Ring for the Dog Show on the day of the show.  On the day, the ‘Bonny Baby’ competition and the Most Appropriately Dressed Lady and Gent are entered in good spirit. The younger members of the family will be thrilled to see the free bouncing castle on site and of course, there will be a superb array of trade stands selling their wares on the day.

But of course, the show is about award winning animals and qualifiers for a variety of championships.  This is a highly competitive show with over €13,000 in prize money on offer on the day.  This year, the Arva Agricultural show hosts qualifiers for:

The All Ireland Suckler Heifer Championship

The All Ireland Traditional Handmade Craft

The All Ireland Bread Baking Championship

The Easterlicious Cook of the Year

The All Ireland Christmas Baking Championship

It’s a real coup for the Arva Show to host the Irish Tug of War Championship Finals on Sunday July 24.  Clubs from all over Ireland will pull competitively against each other for national prizes on the day. Six different weight classes will be competing on the day.

The Arva Show Dance will be held on the night of the Show and it is always a huge draw.  This year, well-known country music star Robert Mizzell will hit the stage of the Breffni Arms Hotel for what promises to be a very lively and entertaining round-up to this year’s show!