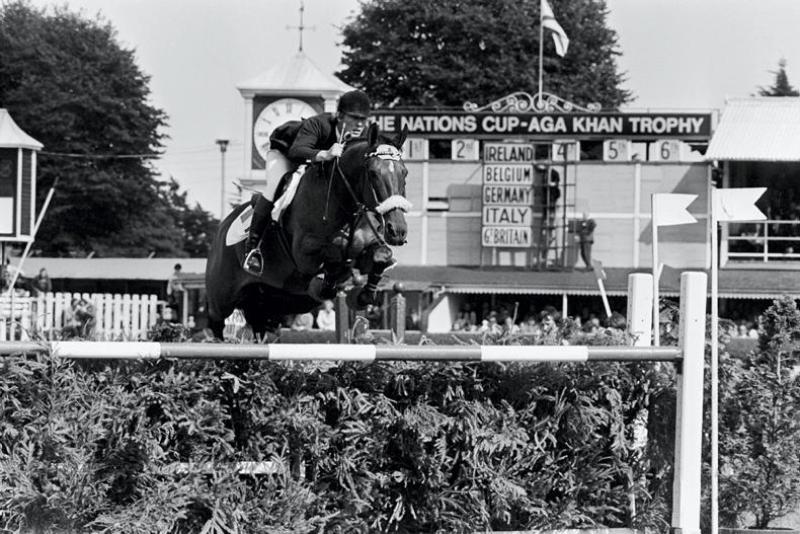 Eddie Macken and the great Boomerang jumping in the 1977 Nations Cup at the RDS Dublin for the Aga Khan trophy (Photo: RDS Archives)

The names of star show jumper Eddie Macken and his famous horse, Boomerang, will always be synonymous with and revered in Granard, County Longford.

Macken and Boomerang were a key combination in Ireland’s three-in-a-row Aga Khan winning quartet of 1977 to 1979, and it is these heroics, particularly in ‘77, that provide us with the third of our ten most memorable Longford sporting moments.

The late Paul Darragh on ‘Heather Honey’, James Kernan on ‘Condy’, and Captain Con Power on ‘Coolronan’, ‘Castle Park’ and ‘Rockbarton’, completed the quartet which is widely regarded as the most talented Irish showjumping team ever assembled.

Macken captured numerous major Grand Prix titles worldwide, many in partnership with his Irish bred gelding, Boomerang.
From Macken's first rides with Boomerang as a four-year-old in 1970, the pair blazed a trail of wins that lasted a decade.