We hope you enjoy this gallery of photographs from the event captured by Syl Healy. Don't forget to tag and share with your friends! READ MORE BELOW PHOTO 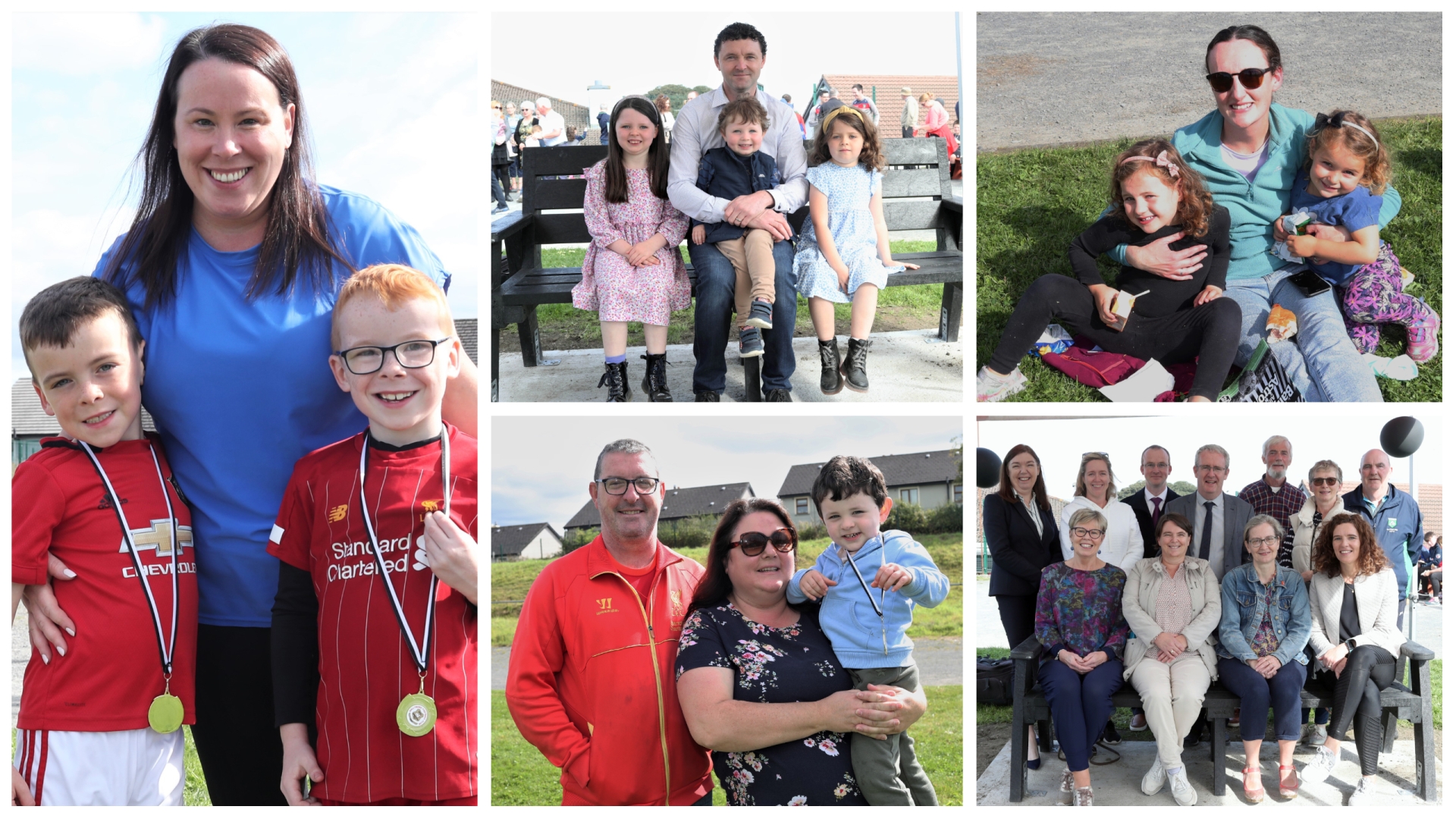 All of the club's players were involved in various activities during a historic and eventful day which was thoroughly enjoyed by all present. Treats of all descriptions were devoured with relish over what was an unforgettable day.

Liz Lavery Chief Executive of the Longford Westmeath Education and Training Board, and Club Chairman John Tynan unveiled the plaque.

While great excitement was the order of the day there was also a very poignant moment when former school Principal Bernice Martin was fondly remembered with the unveiling of a special commemorative seat by her family.

From the outset Bernice was totally supportive of the project and her unfailing commitment and dedication will never be forgotten by the club and the school. The club is grateful to the Treacy and Martin families for their presence.

The success of the day is due to the untiring efforts of so many people and the club greatly appreciates all who contributed in whatever capacity.

To mark the occasion the club produced a special souvenir booklet which was the subject of much favourable comment. It contains many interesting articles and also attempts to list all players, boys and girls who have played for Ballyboro since the club was formed in 2000. It is available to purchase at O'Brien’s Corner Shop.

It was fitting that the first game to be played on the new grass pitch following the ceremonials was a notable result for the club as the under 16s recorded an impressive 5-1 win over Straid Foxford in the Connacht Cup.

From the first whistle the Ballyboro team played with an intensity and vigour allied to some clever possession football that the Mayo team could not match.

The under 14s gave a much improved display against Gaels United. Though the Drumlish boys emerged victorious on a 5-0 scoreline the winning margin does scant justice to a committed Ballyboro team who were unfortunate not to score on a couple of occasions.