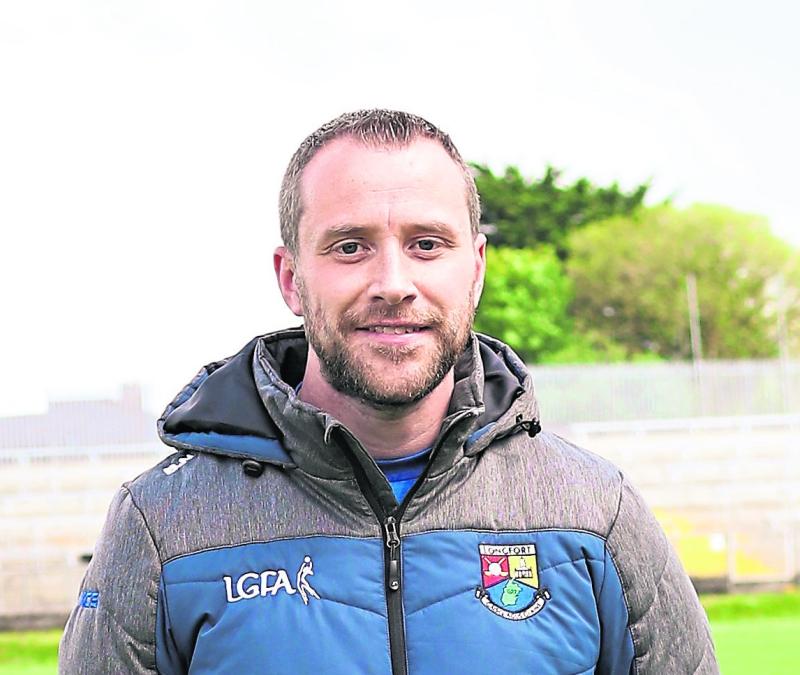 Fine margins are matters that occupy the mind of Longford ladies football manager Brian Noonan and his players ahead of the Leinster TG4 Intermediate Championship that gets underway this Sunday away to Carlow at 2pm in McGrath Park, Bagenalstown.

Recently, in the Lidl Ladies Football National League Division 3B, Longford required at least a draw in their final round joust with Wexford to qualify for the semi-finals and they were misfortunate to lose out by 3-4 to 3-5.

However, after that high point, Longford's fortunes nosedived somewhat as they suffered losses by a solitary point against Wexford (who went on to contest the All-Ireland Final), Sligo and Roscommon, before Brian Noonan's charges consolidated their intermediate status for 2022 with a hard earned 0-9 to 0-8 relegation battle win over Fermanagh.

Brian, in his second year as manager, admitted, “There is nothing between any of the intermediate counties. It is a matter of very fine margins. We watched a team we beat and another we lost to by a point contest last year’s All-Ireland Final at Croke Park. We’re working hard and are improving and we’re hopeful that we can qualify for a Leinster semi-final and have a good campaign ahead of the All-Ireland championship.”

There is a wealth of emerging talent in Longford, as was demonstrated by Longford Slashers and Colmcille in their runs to provincial club finals late last year, while goalkeeper Riane McGrath was the winner of the inaugural ZuCar Golden Glove award.

In the Leinster TG4 Intermediate Championship, Longford will play Carlow (away) on April 17, Kildare (home) on April 24 and Wexford (away) on May 1, and the top two counties will qualify for the semi-finals fixed for May 8. The final is on May 15 and the All-Ireland Championship begins shortly after this. It is a demanding schedule and Brian believes the squad are well up for the challenge.

During the 2022 Lidl Ladies Football National League Division 3B, Longford opened with an impressive 1-18 to 1-12 win over Wicklow in Rathnew and they were scheduled to play Kildare seven days later, only for Mother Nature to intervene and heavy downpours forced the postponement of the Lilywhite tie for a week.

“I think we lost a bit of momentum due to the cancellation. We were buzzing after the Wicklow win but when it came to the rescheduled game against Kildare we were without Leanne Keegan and Grace Shannon, and although we went ahead early on, we went a bit flat in the second half.”

Kildare won 2-11 to 2-5 in Killoe, and then came the disappointment of coming up short against Wexford in the third and final round when a semi-final spot was still on offer.

Kildare and Wexford are once again in Longford’s group for the Leinster Championship so Brian knows that stern challenges await against very familiar foes.

“It is a help that relegation isn’t an issue in Leinster and we’ll be aiming to put winning performances back to back. We have some players with niggling injuries and we’ll monitor their progress ahead of the Carlow game,” explained Brian.

The Mostrim man, who is joined in the backroom team by selectors Eugene Quaine, John Coyle and Emmet Toher, said he is very happy with the attitude of the squad and that they had decent challenge game workouts against Cavan and Meath.

The format for the TG4 All-Ireland Intermediate Championship hasn’t been finalised just yet but Brian believes it is likely that counties could be seeded on the basis of their provincial championship standing, placing extra importance on the upcoming matches.

Brian concluded, “We know Carlow will be difficult opponents. The margins are very fine but it is vital we get off to a positive start in Bagenalstown.”