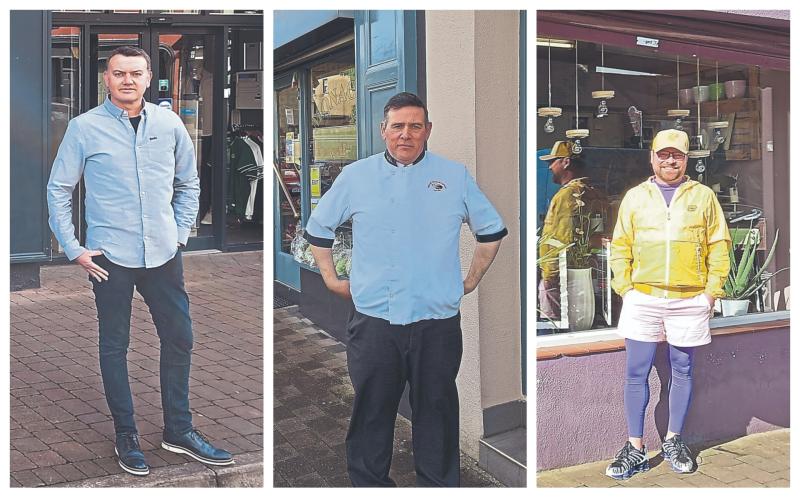 Alarmed business owners believe Longford’s reputation as a destination for shopping and future inward investment could be damaged beyond repair unless swift and decisive action is taken to restore law and order on its public thoroughfares.

Several retailers registered their dismay this week at a growing level of wanton violence which has gripped the county over the past number of weeks.

The latest and arguably the most serious of those played out within the confines of a Longford takeaway last Tuesday, culminating in the stabbing of a man in his early 20s.

That preceded the arrests of nine people in relation to a separate, but equally violent feud which coincided in an alleged shooting incident in a local housing estate.

Joe Flynn, of men’s fashion chain Spirit Clothing, said apart from the gravity of crimes which were being committed, it was Longford’s level of unwanted notoriety outside of its own borders that now presented arguably its greatest challenge.

“It’s a worrying pattern and when it gets to the point when you are not shocked or surprised by these things,” said Joe, as he looked out on the town’s main street.

The long serving businessman spoke of how he and his colleagues have been routinely faced with trying to convince consumers that Longford is a safe and attractive place to shop in.

“We would be attracting customers from Cavan, Roscommon and Westmeath and the perception of Longford is actually a lot worse than some of the isolated incidents that have happened,” he said.

“When I was in Roscommon, the perception of Longford was that it was like a warzone over here which obviously it wasn’t like that but one or two isolated incidents amongst the same people over and over again creates a negative impression of the town and as a business town.”

“Everybody is saying the town is going down more and more,” he said.

“Everything is quiet and when I saw the reactions of people (after the stabbing), they (people) won’t (come into town).”

It was a similarly sobering assessment from butcher Martin Monaghan.

A sitting Longford Municipal District elected member, Cllr Monaghan said the only way to tackle what has become a palpable fear in the county town was through greater garda visibility and tougher penalties for those spearheading Longford’s feuding violence.

“It (feuding) has instilled a lot of fear back into our elderly population in the town and the people of Longford,” he said.

“I do believe we need extra policing in the town.

“The Criminal Assets Bureau (CAB) have been in and out several times but the Armed Support Unit (ASU) seems to have diluted their appearance on the streets.

“They are not going to solve the problem that’s there but by having visibility on the street it will certainly help.”