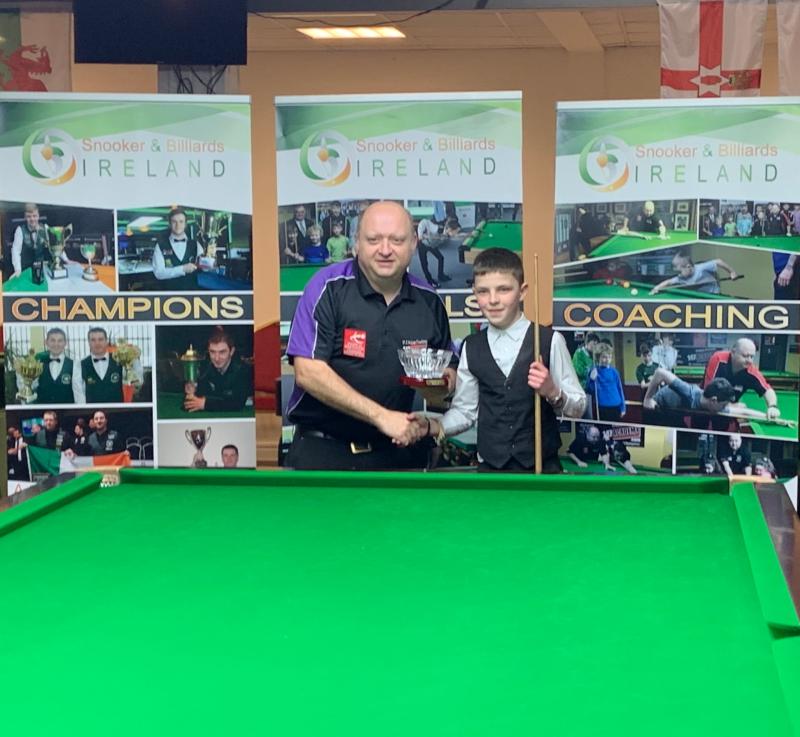 Longford’s Joe Shannon won the second Snooker & Billiards Ireland U-14 Snooker Ranking event of the season in the HQ Academy of Excellence in Carlow on Saturday, April 9.

In February, the talented 12-year-old Joe, from Kilmore Lower, Longford also won the first U-14 Ranking event of the season in Carlow.

In last Saturday’s final, Joe, son of Damien and Vivienne Shannon, beat Max Kennedy from Athenry, Co Galway in a repeat of the first event of the season in a high quality final 3 frames to 2.

Max went into a 2 nil lead with great potting but Joe fought back to win the three remaining frames to secure victory in a great decider. The high break went to Joe with a good 31 break.

In the semi-final, Joe beat fast improving Davy Hickey from Youghal 3 frames to 1 in a great match. In the other semi-final Max beat newcomer Aaron Donnelly from Newbridge CYMS 3 frames to 1.

The TD for the event was  National Coach PJ Nolan and he was very impressed with the player’s attitudes, commitment and overall standard of potting. “I am very excited to watch how they will develop in the future in the years ahead.”

Following his back-to-back wins, Joe will be ranked number one heading into the National Championships on Saturday, May 7 in Newbridge CYMS.

These events will qualify the elite young snooker players for Celtic Challenge, Home Internationals, EBSA, IBSF International events and it promises to be an exciting season.