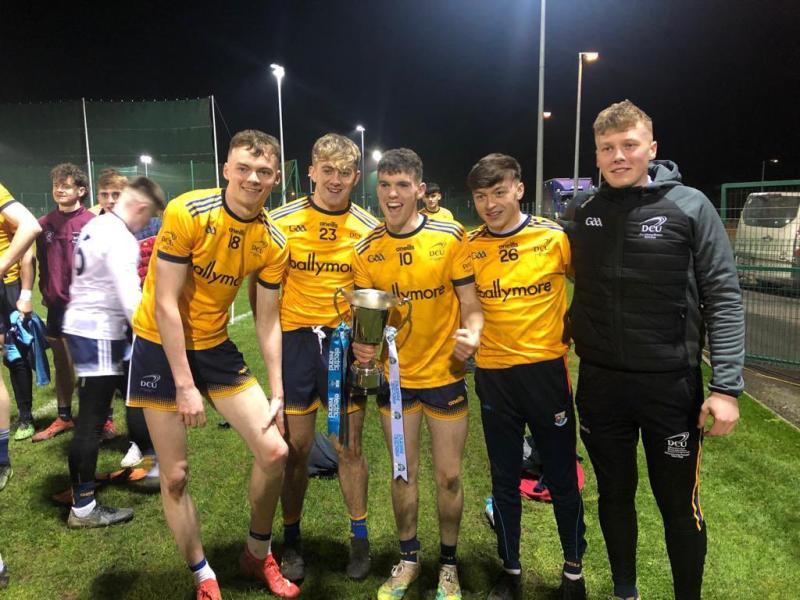 Duggan grabbed 1-1 after he was sprung from the bench after 45 minutes while McCann contributed two points as DCU captured the Davy Billings Cup.

At the interval, DCU enjoyed a 2-5 to 1-5 advantage, however, playing great attacking football, DCU plundered for three goals in a-six minute spell early in the second half as they made their push for glory.

A massive congratulations to @DCUDocEirGAA Fresher A Footballers on winning the Davy Billings Cup last night!
Well done to all involved - players, management and student support staff!
We have some wonderful pix capturing all the action last night from @DCUDocEirGAA & @kobpix pic.twitter.com/XIu50FuRQ0

Massive well done to the Fresher A Footballers on securing the Davy Billings Cup. A great game of open football and hard luck to @ucc_gaa

Well done to all involved, players, management and the student support staff.
Thanks to @ITCarlowGAA for hosting and fine officiating. pic.twitter.com/TifyO9STiX