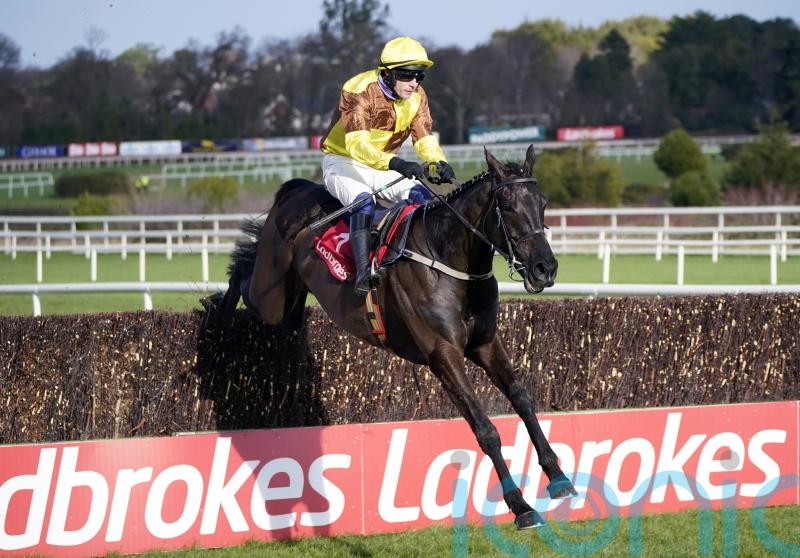 Galopin Des Champs dominated his rivals to land a spectacular success in the Ladbrokes Novice Chase at Leopardstown.

Willie Mullins’ charge was sent off the 4-9 favourite after an impressive chasing bow at the Dublin track over Christmas – and victory barely looked in doubt from a distance out in the two-mile-five-furlong Grade One feature.

Galopin Des Champs was settled in second by Paul Townend with French Dynamite setting the pace and his task was slightly eased when Capodanno unseated his rider at the fifth before Beacon Edge fell at the next fence. 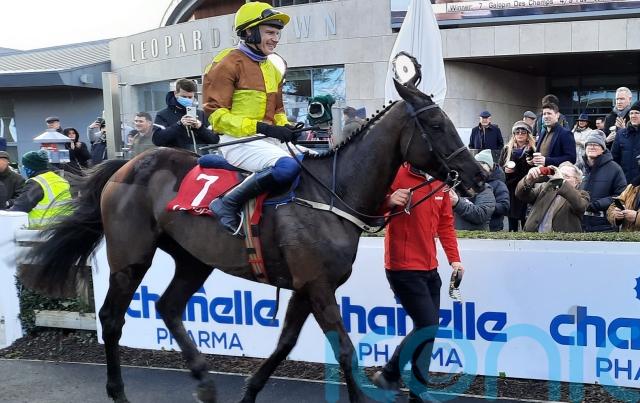 Fury Road then made a terrible error at the fourth-last, but Galopin Des Champs was already firmly in control and while Master McShee and fellow Mullins inmate Gaillard Du Mesnil tried to make a race of it, the winner was in another league.

A clever leap at the last sealed victory, with Master McShee keeping on admirably to finish a nine-length second, with Gaillard Du Mesnil a further five lengths back in third.

Galopin Des Champs was already prominent in the ante-post lists for Cheltenham before the race, but he was chopped to 13-8 favourite from 2-1 for the three-mile Brown Advisory Novices’ Chase at the Festival by Paddy Power. The same firm go 15-8 from 9-4 for the shorter Turners Novices’ Chase, while Coral make him the 10-11 market leader for the longer contest.

Mullins said: “I wasn’t as happy with his jumping as I was at Christmas, but then Paul said it was a Grade One pace today. Bryan Cooper got down off my other horse and said the same thing, they were going so fast.

“Paul said he didn’t want to let him down to jump fences the way he did at Christmas otherwise he would maybe have been in front too early, on softer ground, so he held on to him a bit longer.

“He didn’t go with them a few times and the horse was very brave and I was wondering how long that was going to last.

“They finished together, which is good, and both would have learned a lot from today’s run against real stiff company. The horses behind him were really good horse, Grade One winners.

“When they jumped the second I said ‘is there anything going well’ and you could see all the jockeys were sort of nudging. I said ‘Paul is still going well, all you’ve got to do now is jump the last’ and that’s what happened.

“My heart was in my mouth jumping those fences down the back, whereas at Christmas I was waiting for another fence to come up because he was really pinging fences. Paul didn’t want to let him do that today, he tried to teach him something.

Hopefully we are sound and well the week before Cheltenham

“We’ll just try to keep him right now and then decide where we are going to go. A lot of things can happen between now and Cheltenham.

“Hopefully we are sound and well the week before Cheltenham and we’ll know then what’s happening.”

Townend added: “He knew he had a race there today, but he still hit the line well. It was a pressure ride and I’m glad it worked out.

“He possibly would appreciate further, but when he can put in performances like that over today’s trip, it definitely opens more doors for him.

“What he did that day (at Christmas) was very special to see, but he had to back it up in my book and he didn’t do himself any harm there, I think.”