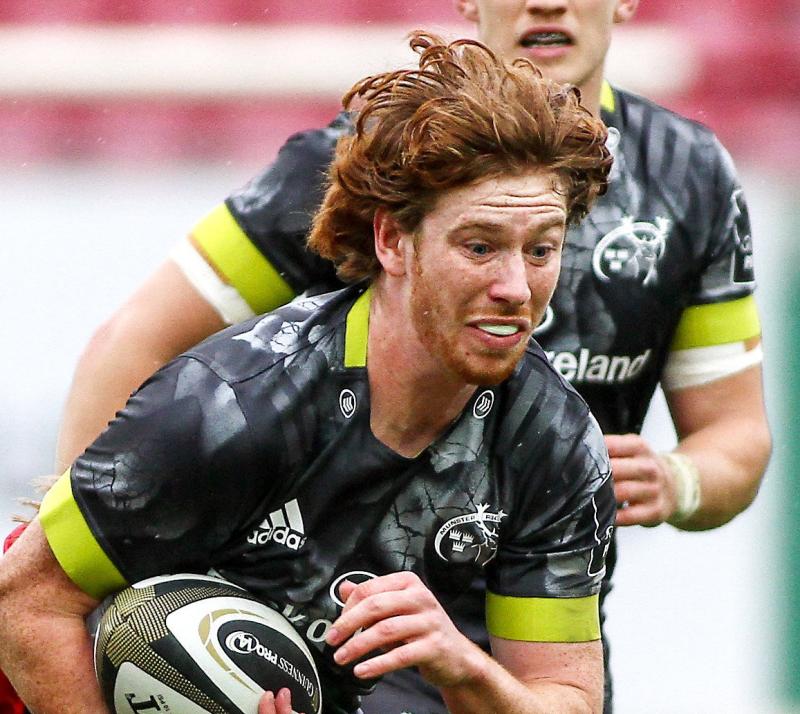 THE Munster side has been named for Friday’s Guinness PRO14 Rainbow Cup clash against Connacht at Thomond Park, 6pm.

There are nine changes to the starting XV from last week’s 38-10 win over Ulster as Matt Gallagher, Damian de Allende, Ben Healy, Craig Casey, James Cronin, Rhys Marshall, Jean Kleyn, Billy Holland and CJ Stander all come into the side.

Gallagher makes his first start since injuring his shoulder against Zebre in November and is named at full-back having made his return to action off the bench in March.

Academy out-half Ben Healy starts on his 17th appearance of the season with Casey at scrum-half.

Cronin, Marshall and John Ryan start in the front row with Billy Holland making his 246th Munster appearance in the second row alongside Jean Kleyn.

Gavin Coombes, captain Peter O’Mahony and CJ Stander start in the back row.

Jack O’Donoghue, Joey Carbery and Keith Earls join the squad as replacements with Conor Murray in line to make his 150th Munster appearance off the bench.