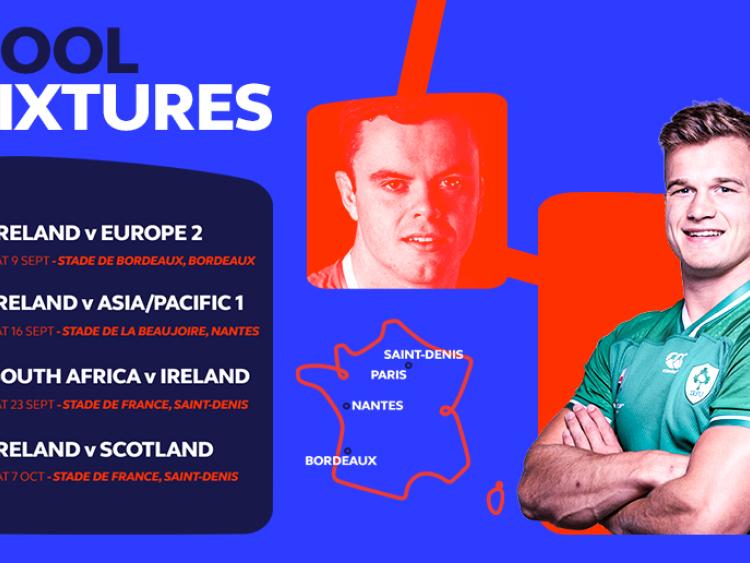 The pool fixtures for Rugby World Cup 2023 in France have been announced by World Rugby and the tournament’s organising committee. (For the full list of fixtures, see here) - The opening game of the tournament, is a real blockbuster as hosts France take on New Zealand.

Ireland will kickstart their 2023 campaign off against Europe Qualifier 2 in Bordeaux on Saturday September 9.  Although it won’t be known until closer to the tournament who Ireland’s opening opposition will be it could be Russia who Ireland faced at both the 2019 and 2011 tournaments.

On Saturday September 16 Ireland’s second pool game is against Asia-Pacific 1 in Nantes.

With Fiji already qualified for the tournament we could see a repeat of the 2019 RWC pool game against Samoa or the 1987 fixture against Tonga. 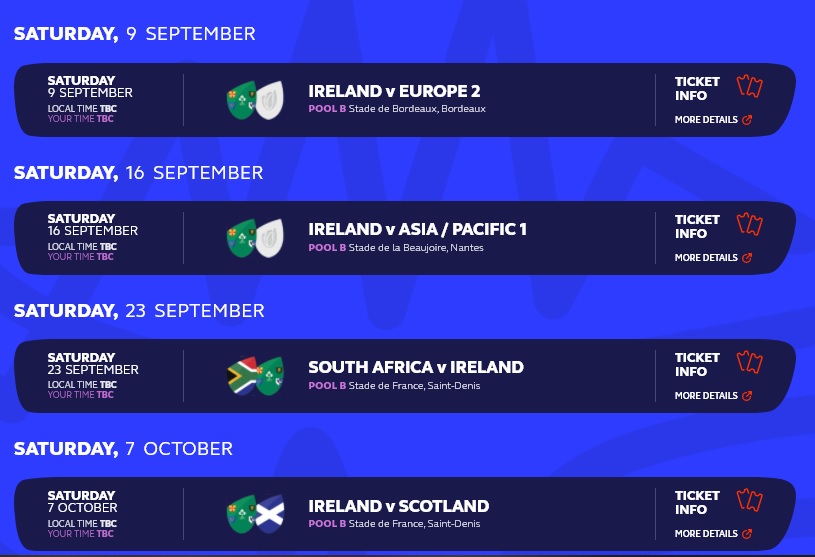 A week later Ireland take on the World Champions South Africa at the Stade de France in Paris on Saturday September 23. Ireland have never played the Springboks at a Rugby World Cup.

Ireland and Scotland have meet twice in Rugby World Cup competition with one win apiece and Ireland winning the last encounter at the 2019 edition of the tournament  27-13 in Yokohama.

Earlier this month it was announced that the pool phase will be extended by a week to ensure that all teams will have a minimum of five rest days for all matches.