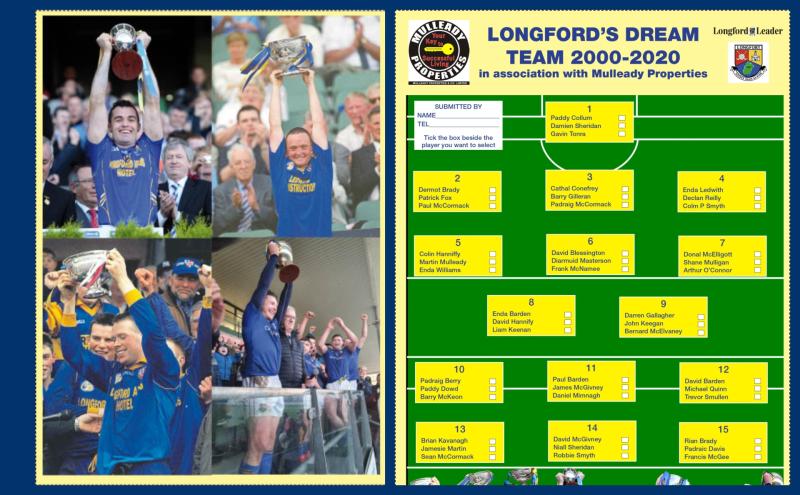 We were delighted to receive such a huge volume of nominations in the post and via email for  ‘Longford’s Dream GAA Gaelic Football Team 2000 - 2020’, in association with Mulleady Properties, and on the basis of YOUR nominations we have drawn up a shortlist of three players for each of the 15 positions on the Dream Team. 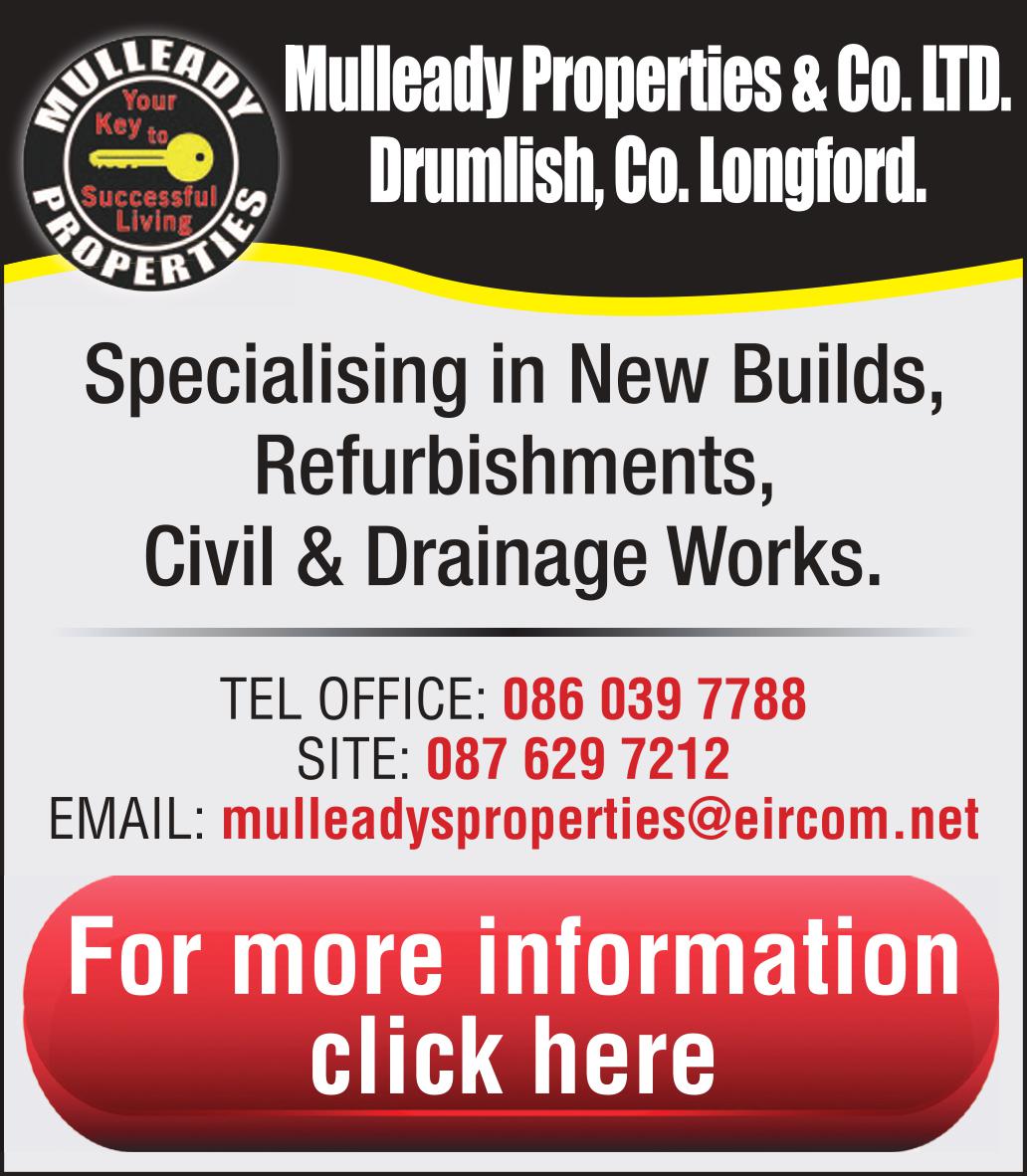 The format to determine the selection of the 15 players that will make up Longford's Dream Team 2000 - 2020, in association with Mulleady Properties, will see Longford Leader readers vote via the coupon which was published in this week's newspaper and is also available to download from our website, and you can also vote via the online polls, such as this one.

In relation to the coupons, you should vote for one player in each position by ticking the box beside their name. Completed coupons are to be returned by post to Longford Dream Team 2000 - 2020, Longford Leader, Leader House, Dublin Road, Longford or by email to newsroom@longfordleader.ie The closing date for receipt of coupons is Friday, May 15 at 5pm.

The online polls - LINKS TO ALL POLLS BELOW - for each of the 15 positions on the Dream Team will be live on the Longford Leader website, also up until Friday, May 15 at 5pm.

PLEASE NOTE and this is vitally important, the winner in each position will be the player that receives the MOST COMBINED ONLINE POLL AND PRINT COUPON VOTES.

The identity of Longford’s Dream GAA Gaelic Football Team 2000 - 2020, in association with Mulleady Properties, and as voted for and selected by YOU the public, will be unveiled in the Longford Leader on Wednesday, May 20.

(To download the coupon, click on arrow in top right hand corner and when coupon opens in new window you can download it and print it off. When you download your coupon, fill in YOUR team by ticking the box alongside the player of YOUR choice and send it to us by post or take a photo of it on your phone and email it to newsroom@longfordleader.ie)

It has been a successful two decades for Longford, with the O’Byrne Cup being annexed in 2000 & 2020, NFL Division 4 and 3 titles in 2011 and 2012, respectively, impressive runs in the All-Ireland SFC qualifiers and Leinster Minor Championship glory in 2002 and 2010.

Any player that lined out with club or county at any stage between 2000 and 2020 was eligible for nomination, and now, it is over to you, our Dream Team selectors to vote on who should make the first fifteen!

THE SHORTLIST & LINKS TO ONLINE POLLS