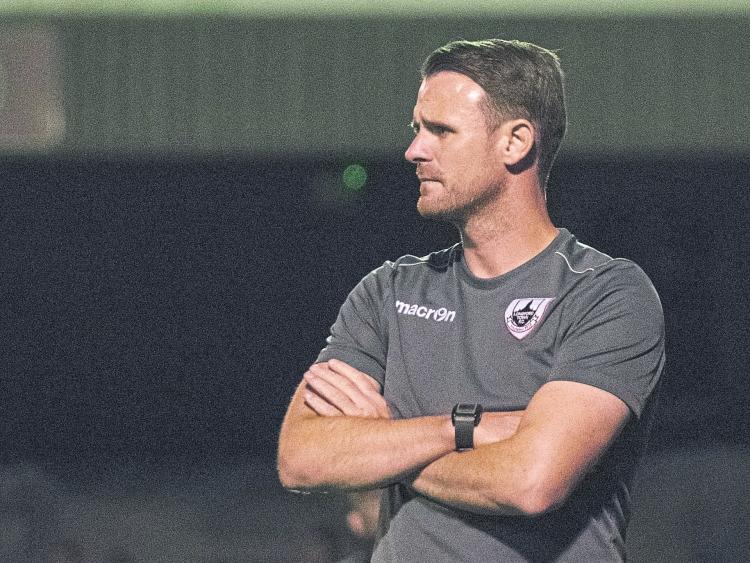 A forgettable affair was settled in the closing stages, with Dylan Grimes rounding Gabriel Sava – who is still training with the club – to finish into an empty net as the First Division side returned to the midlands with a victory.

There were positives for Vinny Perth’s side, though, with trialist Josh Gatt looking bright, as did 16-year-old Val Adedokun after he emerged from the substitutes’ bench towards the end of the second half.

Having impressed throughout the first 45 minutes against Crusaders on the previous night, new recruit Cammy Smith was again named in the starting line-up, along with Gatt – a winger that has been capped by the United States, but has been a free agent since his release from SCR Altach.

Gatt, 28, looked impressive in the early stages of what was an otherwise dour pre-season encounter, and he was causing considerable problems for Longford left-back Eric Abulu.

Dundalk had the first shot in anger after 13 minutes, when Chris Shields fired straight at Longford goalkeeper Lee Steacy following what was a nice lay-off from his midfield partner, Greg Sloggett.

Not long after James English’s dangerous cross was gathered by Gary Rogers. At the other end, Georgie Kelly really should have given Dundalk the lead, but he couldn’t connect with Gatt’s cross.

Kelly was looking hungry for goals, however, and he saw another effort saved by the legs of Steacy, before once again going close, this time curling an effort just wide after picking up Sloggett’s pass.

Dundalk’s centre-forward couldn’t direct his shot on target from Smith’s cross, with the latter, soon after, seeing a goal, that was preceded by some good work down the right from Gatt, chalked off.

Longford has chances of their own before the half-time break through Niall Barnes, who shot narrowly wide, and English, who did just the same as the sides went in scoreless at the interval.

Joe Gorman almost put the ball into his own net soon after the restart, when he tried to cut out Patrick McEleney’s cross from the left, forcing replacement ‘keeper Luke Dennison into a good stop.

Gorman, this time at the right end, almost gave Longford the lead in what would have been a goal to savour, with his long-range effort crashing the underside of the crossbar, awaking the sleepy Oriel crowd.

Gatt, after being played in by Darragh Leahy, showed some neat footwork to get around a couple of Longford defenders, but his subsequent close-range effort was blocked out by Dennison.

Dundalk were now pressing for a winner, and Duffy saw his free-kick attempt palmed around the post by Dennison, not long before curling another effort, from similar range, wide of the post.

Longford won it in the 89th minute, after a mix-up at the back allowed Dylan Grimes to take the ball around Gabriel Sava, who really committed himself far too early, and finish easily into an empty net.

Dundalk return to competitive action on Sunday with the visit of Shamrock Rovers in the President’s Cup.