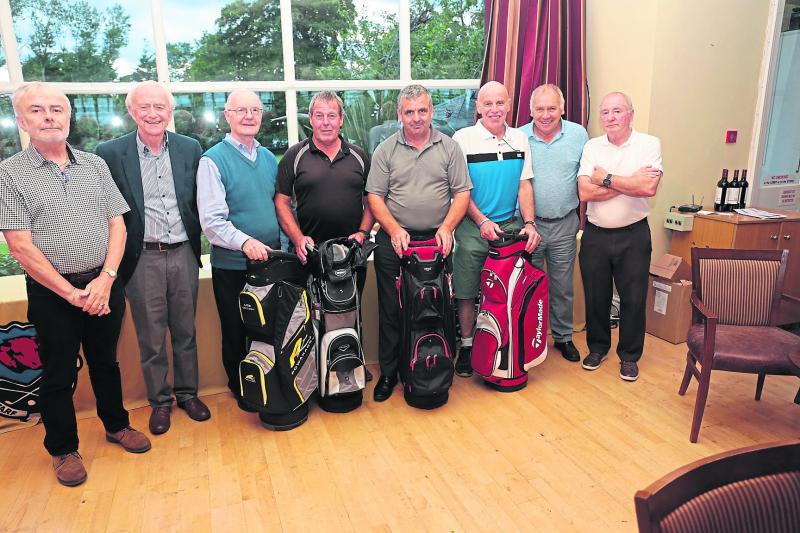 There was palpable delight among the Longford GAA Co Board golf team when it was announced that they had won first prize in the annual Longford association charity golf on their first time out with us, though, let me quickly add, not their first time on a golf course.

Golf day, Tuesday, August 27, started off with beautiful weather in Dublin, but there were ominous early morning weather reports from Drumlish and Longford town where it had been raining.

Would it reach Clontarf golf club before the first tee off in the early afternoon, or later, before the golfers returned to the 19th hole? Well time would tell! In the end, although there were short periods of darkening clouds appearing overhead, golfing conditions remained ideal throughout for the association's 2019 competition.

The organisers of the event from the Longford Association were largely happy with the thirteen teams taking to the course and, but for the intrusion of holidays for some, at least three other teams would have been guaranteed.

However, the Longford charity to benefit will not be short-changed; our regular sponsors who were unable to get teams together on this occasion, instead furnished generous donations, as always.

All the players to whom we spoke reported having had ‘a wonderful day, among the best of company’, and those we didn’t have a chance to check with couldn’t hide the surge of endorphins they were obviously experiencing!

Before the presentations thanks was extended to all the players and sponsors, and they were assured that all the proceeds from the outing would go to a local Longford charity which would be named at a forthcoming association meeting.

The non golfing members of the association committee were acknowledged for their cash donations or golf prizes. It was on then to the prize-giving, the winners of which were announced by Danny Donohoe and Dessie Kiernan.

1st on 101 points: Fr Brian Brennan, Eugene Murtagh, Mick Doherty and Liam Tierney.
And all of the following teams, in no particular order, returned impressive scores and were also duly presented with their prizes by various committee members of the association:

There were also prizes for Nearest the Pin and Longest Drive; the latter was won by Derek Lambert.