WATCH | Go on, go on, go on..Mrs Doyle urges you to join the battle of the sports brains in Lanesboro on May 3 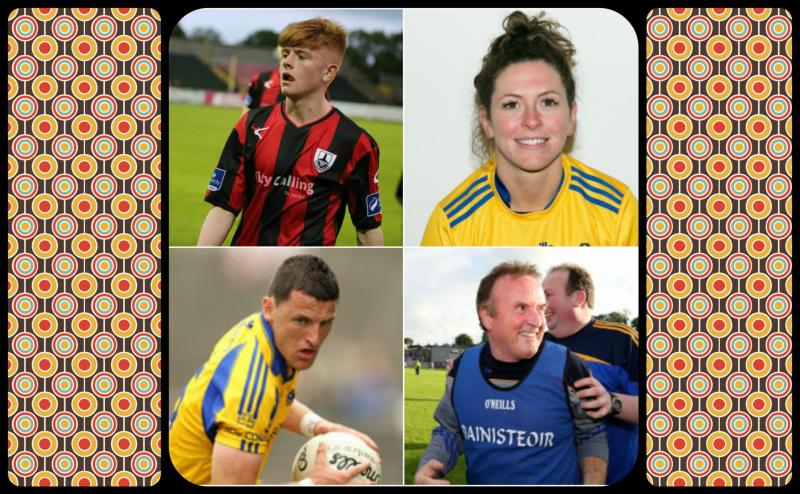 Go on, go on, go on..Fr Ted star Mrs Doyle is urging you to join the battle of the sports brains in Lanesboro this Friday, May 3 in the Absolute Champions ultimate sports quiz, a fundraiser towards the development of Ballyboro FC's new astro turf facility.

Four of the midlands leading sports stars - Aodh Dervin, Diarmuid Murtagh, Amanda McCloone & Denis Connerton, along with RTE News correspondent Ciarán Mullooly, are among those issuing an invite to the top sports brains in the region to compete for the title of the 'Absolute Champions' of the sports table quiz circuit.

Roscommon and Connacht championship winning gaelic footballer Diarmuid Murtagh teamed up with former Longford manager Denis Connerton to even record a special Fr Ted themed promotional video for the event which is due to take place in  Lanesboro on the Longford-Roscommon border on Friday, May 3 at 10pm.

The promotional video, complete with Fr Ted, Dougal, Mrs Doyle, Diarmuid, Denis and RTE News Midlands correspondent Ciaran Mullooly, which has been viewed more than 5,000 times is going down a treat.

One of the shining lights of the League of Ireland soccer scene has also added his support to the quiz which will raise funds for a new astro turf playing pitch at Lanesboro Community College. Longford town native Aodh Dervin is backing the project and encouraging all the sports brains of the midlands soccer scene to come along for the table quiz.

Also joining the list of outstanding sports stars from the midlands to promote the event is Roscommon and Westmeath club and intercounty ladies football star Amanda McLoone. The popular award-winning St Faithleachs and Garrycastle footballer is inviting everyone with an interest in sport to come along on the night.

Ballyboro Football club are the organisers of the event and are staging the quiz on Friday, May 3 at Aidie Farrell's Swan Tavern lounge and bar in Lanesboro (N39 NX65), starting at 10pm.

All sports clubs and organisations are invited to participate in an event designed to find out the best sports brains in the midlands and west.

The quiz master on the night is one of the most accomplished question time co-ordinators of the region. Eamon Bolger is himself a former player and manager on the GAA scene and promises a really testing night for the sports brains.

The cost of the quiz per teams of four is €40 per table. There are lots of great prizes for the winners and runners up. All proceeds go to the Astro Football Pitch Development at Lanesboro Community College. So if sport is your thing and you want an entertaining and informative night then Lanesboro on Lough Ree is the place to be on Friday night May 3.