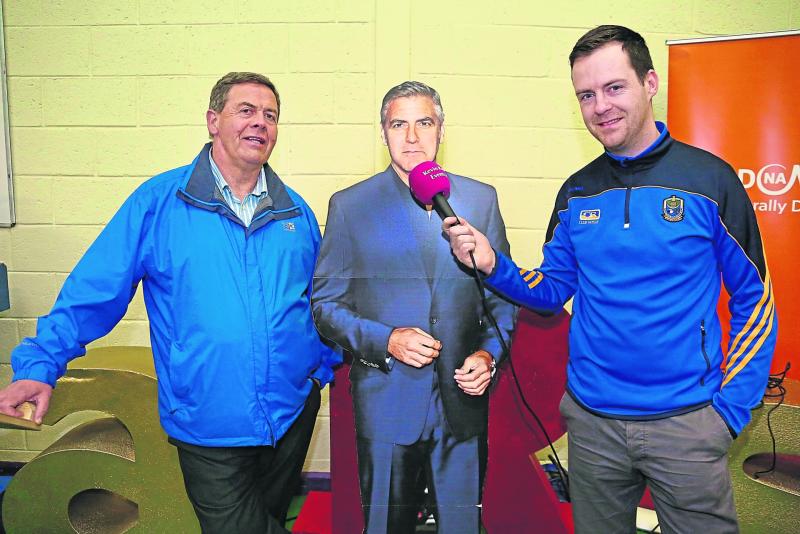 They provide recreational activity for children from the age of 6 to 18 years old and are presently engaged in the development of a legacy recreational project for the community at Lanesboro Community College.

This project is now costed at over €200,000 to take in an astro turf pitch, floodlights, fencing and the redevelopment of the existing grass pitch.

The facility is not only for the benefit of the school students but also Ballyboro’s 180 youth players, the teenagers and adults from the local towns who will be able to use the new all-weather floodlit facility all year around.

The main community fundraiser for the new facility will be an Oskars Movie Night on Saturday, June 15 which is sponsored by Bord na Móna.

For the night, 1,000 copies of a special Premiere full colour booklet with details of the actors, the seven films they have starred in and the astro project itself will be published.

It promises to be a collectors item and the club is inviting you to support its voluntary work by putting an advert into this publication.

Alternatively, people may be interested in sponsoring one of the actors at a cost of €100 per 'star' and this can also be arranged.

If you would like to support this great event please send on your company /business/ club/ organisation logo and advertisement display details to ballyboroastropitch committee@gmail.com

The official opening of the new community astro facility at LCC is expected to take place early in 2020.

Over 100 people auditioned for the Oskars here and they are all invited back to Lanesboro Community College on Friday night next April 12 at 8pm to learn which film they are selected to act in.

The seven movies will be filmed in late May and they will only be shown in their entirety at the Ballyboro Oskar Night Premiere in The Longford Arms Hotel on Saturday, June 15.

Tickets for the Premiere will be limited and are on sale now at O’Brien’s Corner Shop in Lanesboro on a first come - first served basis.

PICTURES | Offical launch of the Oskars in Lanesboro Community College