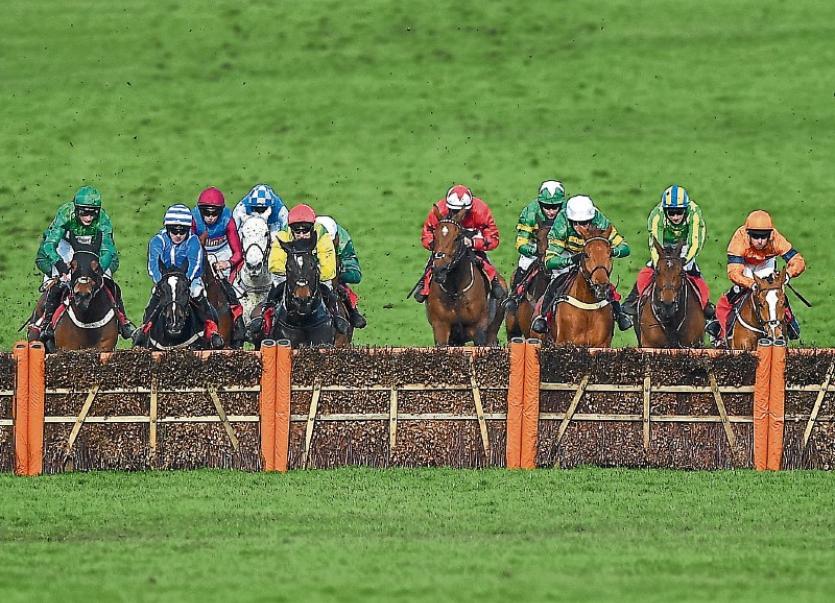 13:45 - It is unoriginal but LA BAGUE AU ROI (7/4) is the selection in the opener. She is unbeaten in four starts over fences and has the best piece of form of the field here thanks to her win at the expense of Topofthegame and Santini at Kempton's Christmas meeting. Those rivals took first and second respectively in the RSA Chase at Cheltenham, perhaps the best race of the week with the much-fancied Delta Work back in third. Significantly, La Bague Au Roi skipped Cheltenham to target this race, a sign of the connections' confidence in her, and often horses that swerve the festival reap the rewards here. She'll also get a mare's allowance of seven pounds to account for the likes of Glen Forsa and Mengli Khan.

14:20 - This one pits two Cheltenham scorers against one another and judging by the market, they seem to have it between them. Triumph winner Pentland Hills was very impressive at Prestbury Park, as was BAND OF OUTLAWS (2/1) for Joseph O'Brien in the Boodles Juvenile Handicap (formerly the Fred Winter). In the weeks since, there's been mention of a couple of shrewd judges that Band of Outlaws could be a champion hurdler in time, given his speed, and that trait should be well suited by Aintree. He gets the nod. The way he quickened away to win at Cheltenham was eye-catching and he can end Pentland Hills' unbeaten run here and extend his own to four in the process.

14:50 - A fairly hot renewal of this race with the third, fifth and sixth-placed horses from last month's Cheltenham Gold Cup lining up. Clan Des Obeaux will go off favourite but I'd give Willie Mullins' KEMBOY (5/2) a second chance here. He fell at the first in the Prestbury Park showpiece but it is significant to note that he was the choice of Ruby Walsh from the Willie Mullins string that day. Another of Willie's runners, Al Boum Photo, went on to win the race impressively. It's clear his stayers are in good order and Kemboy will be suited by the trip and ground and might be that little bit fresher than some of his rivals following their Cheltenham exploits.

15:25 - It's tough to separate the top three or four in the market here with the likes of Buveur D'Air aiming to return to top form, and Faugheen, Melon and Supasundae eyeing the winner's enclosure once more. With nine runners, the each-way market comes into play with three places being offered, and one with a chance at a much bigger price is SILVER STREAK (18/1). He was a surprise package at Cheltenham when finishing third in the champion hurdle. He's being put up in trip here but that just might suit him on a flatter track. He can upset the principals in the market.

16:05 - An intriguing test over the National course for these mostly older horses. Anything can happen and will in this race but in a betting minefield, I'd be willing to take a chance on a change of yards reinvigorating SEEFOOD (18/1). Since that change he has won a hunter's chase and skipping Cheltenham will leave him fresher now. He's also got form over these notoriously difficult fences having finished second in the 2016 Grand Sefton at Aintree, so that's certainly a tick in his favour.

16:40 - WHATSWRONGWITHYOU (12/1) represents the best each-way value in this one for me. He was seventh in last month's Grand Annual at Cheltenham, and the horse crossing the line in third that day, just three lengths ahead of the selection, is priced at 7/1. The three pounds in the weights here is in the selection's favour and it's also expected that he'll be ridden with a bit more zip from the start which might just get the right tune out of him. He can certainly run into a place.

17:15 - The Irish dominated the bumper at Cheltenham, saddling three of the first four home, including the winner, and I think we'll take this one too, even with a smaller contingent. Henry de Bromhead, who had a good Cheltenham, saddles MINELLA MELODY (9/2) with Patrick Mullins taking the ride and she could take all the beating. She comes into the race after a comprehensive 12-length success at Gowran Park with Patrick Mullins onboard for what turned out to be a steering job. Although this is tougher, she looks the class act in the race.