Cheltenham Tips: Our man's top tips for Day 3 of Cheltenham 2019 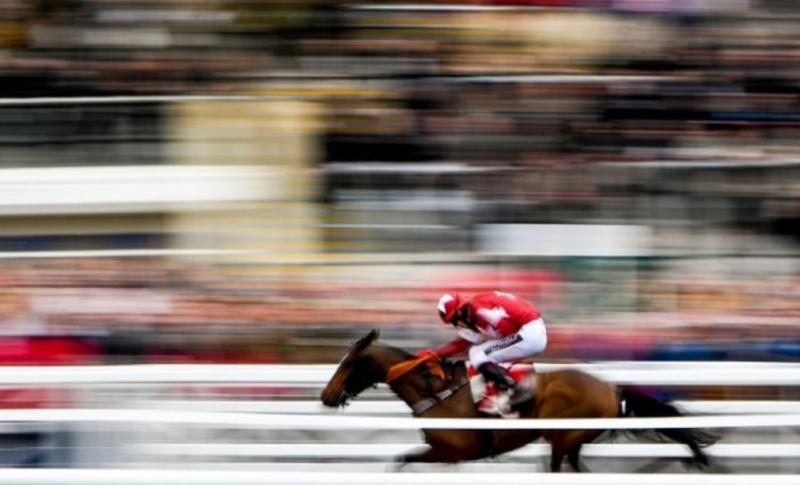 Cheltenham Tips: Our man's top tips for Day 3 of Cheltenham 2019

13: 30 - Voix Du Reve (10/1) is a solid eachway option against 3/1 favourite Defi Du Seuil in the opener on Thursday. It's significant that Ruby Walsh has chosen to ride Voix De Reve from the Willie Mullins yard despite Real Steel being higher in the betting market. Voix De Reve's early season form worked out well when Us And Them, a horse he finished a neck behind at Leopardstown at Christmas, finished second in the Arkle. Prior to that, he put Hardline to the sword at Punchestown, striding clear after the last to win by seven lengths at his ease.

14:10 - There'll be a lot of support for Sire Du Berlais in this but given his most recent form, he is opposable. I like the chances of Thermistocles (14/1), a horse trainer Joseph O'Brien has been sweet on leading into Cheltenham. The young handler has already been in the winner's enclosure with Band of Outlaws on Wednesday. Jockey JJ Slevin, who rode that one to victory, once again takes the reigns here and the form in the book put Thermistocles in the frame. He's made the front three in each of his last three starts with his best run coming in the most recent of those. He was ahead of a few good horses that day, including the favourite here, Sire Du Berlais. The distance and the ground are no problem, so this one comes here with every chance.

14:50 - Waterford trainer Henry de Bromhead has already been in the winner's enclosure this festival with the exceptional A Plus Tard on Tuesday and Monalee (5/1) could replicate that achievement. The field is packed with talent, including last year's winner Balko Des Flos and last season's Arkle winner Footpad so the 2019 Ryanair could be the most open race of the festival. Frodon is a solid home contender worth noting but Monalee is still improving and has some excellent form to his name, including at Cheltenham. He was unfortunate to run into Presenting Percy, the ante-post favourite for the 2019 Gold Cup, in last year's RSA, but he stormed up the hill behind Pat Kelly's star to finish clear of the chasing pack in second place. He's also accounted for another Gold Cup contender, Kemboy, this season, confirming his commanding and undeniable Ryanair credentials.

14:30 - Another competitive renewal but there is eachway value to be had. I've sided with the horses that filled the places last year in the shape of Supasundae (10/1) and Wholestone (40/1). Supasundae chased Penhill home 12 months ago and followed that run with a victory over two miles at Punchestown, beating the likes of Wicklow Brave, Samcro and Melon. Since then he had bumped into some good ones and finished second behind Apple's Jade and Sharjah. Jessica Harrington's warrior will love the soft ground and is proven to stay up the hill. Wholestone was third last year and while he has had a fairly uninspiring run of form since, it's a case of horses for courses. He's placed in two Stayer's Hurdles at the last two festivals and he could make that a hat-trick today.

16:10 - This is a mightily competitive renewal of this race where you could make a case for a dozen of them. With that in mind, it's a race for a big eachway shout and the one I've landed on is Valseur Lido (33/1) for Henry de Bromhead and Rachael Blackmore. They've teamed up successfully already this week with A Plus Tard and could get into the frame at least here. Valseur Lido doesn't win very often but he's previously run well at Cheltenham, finishing second to Vautour in 2016 and I was taken with him when he finished second to Alpha Des Obeaux late last year. You're really depending on him rediscovering his old form but in a race that could turn up messy, we might just get lucky at a big price.

16:50 - A race Laurina won easily for Willie Mullins last year. The Carlow handler doesn't have a solid a chance this year and I'd tend to side with the English market leader Epatante (2/1). Nicky Henderson hasn't been shy about bigging up this one's chances and with two easy wins under her belt this season, she could be anything. Posh Trish is another to consider while Sinoria and My Sister Sarah carry the Irish hopes in the race.

17:30 - Livelovelaugh (20/1) has a big race in him and it could come today. He has been saddled with top weight but he is still relatively unexposed and will certainly relish this three-mile trip. The ground shouldn't be a problem and his latest run to finish second behind Whisperinthebreeze was certainly eye-catching. His Cheltenham form is a little less inspiring but Patrick Mullins is a great partner for him to have around Prestbury Park. Another to consider here is Perfect Candidate (33/1). He fell in last year's Grand National and was in poor form this season until an interesting run at this track in January. He carried a big weight over a similar distance on similar ground and was just 13 lenghts behind Beware The Bear who himself was a hugely impressive winner on Tuesday. That form puts Perfect Candidate in the picture here