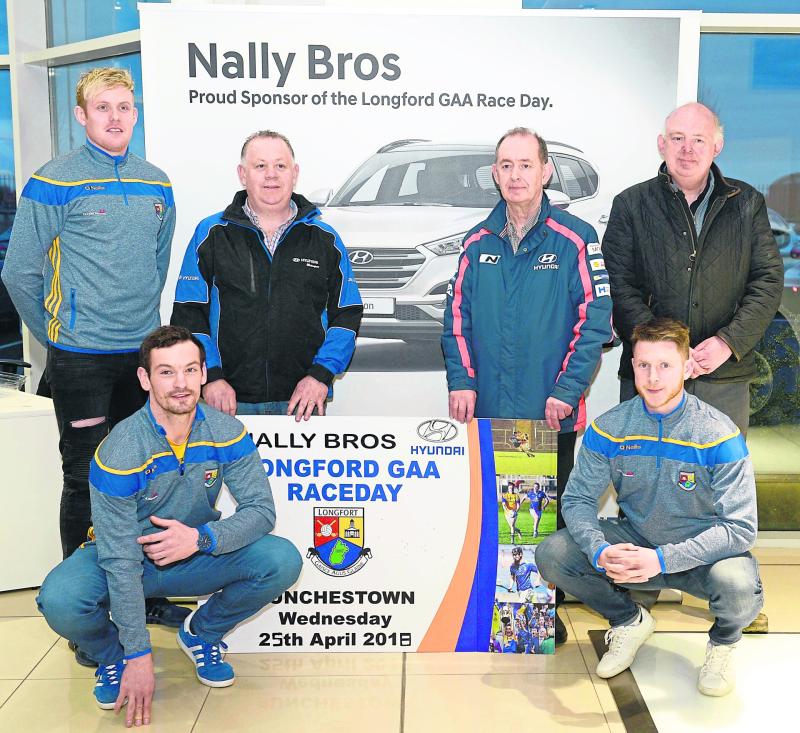 It is Nally Bros second consecutive year to sponsor the race day which is the main County Board fundraiser and since its introduction back in 2003, it has raised almost €1.6 million.

Martin Nally said they were delighted to be associated with the event, which takes place on Wednesday, April 25 - the day of the Coral Punchestown Gold Cup. He also reminded those present that Nally Bros had plenty of deals for perspective car buyers.

Longford GAA PRO Tommy McLoughlin was MC for the launch and Co Board Chairperson Eamon Reilly thanked Nally Bros for their support and he paid tribute to the organising committee of the race day.

Chairperson of the Race Day organising committee, Martin Skelly pointed out that one of the most enjoyable features of race day is the fact that so many Longfordians who may be living elsewhere are provided with the opportunity to meet up with each other and catch up.

He added, “It is incredible actually how many Longford people support the event, with up on 1,000 supporters gather in the tent in Punchestown each year to support the county and that is really great to see.”

The Longford GAA Race Day will feature a Best Dressed Lady competition, four course meal, race card, celebrity tipster, bookies in pavilion and top class music by Declan Nerney and the MC on the day will be RTE’s Sinead Hussey.