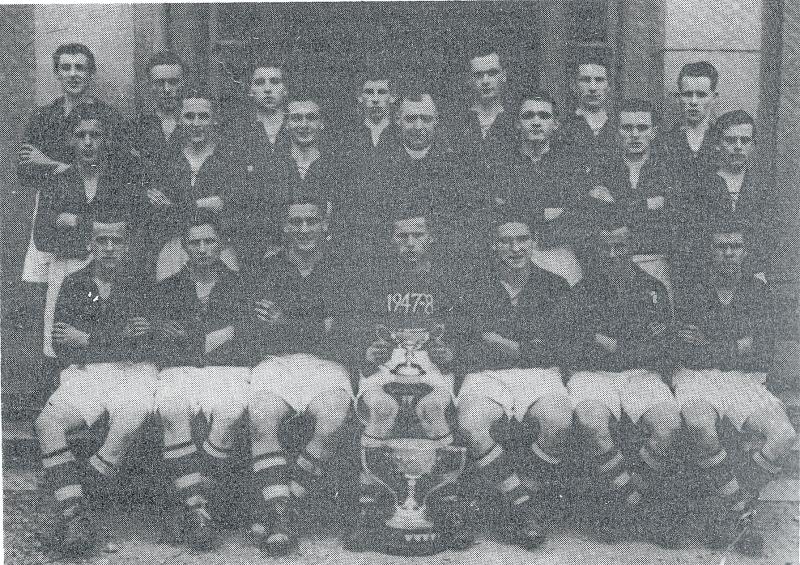 The St Mel's All-Ireland team of 1947-48. The late Dermot Smith is pictured in the middle row, fifth from the left

There was much sadness recently with the news of the death of Dermot Smith, long a resident in Cavan town, but originally a native of Colmcille in Longford where he was a member of the well-known family of Derry Smith who ran the popular licensed premises and general grocery at Rathmore Cross for many years.

After moving to Cavan town in his thirties, Dermot ran a successful electrical business in the town for many years.

For decades Dermot Smith was renowned for his musical talents as an accordion player and as a member of musical groups that were very popular over a wide area of the country including county Longford and further afield.

For Longford GAA people Dermot is best remembered as an outstanding Gaelic football goalkeeper and he won an All Ireland senior colleges medal with St Mels College, Longford in 1948 when they beat, coincidentally, St Patrick's College Cavan by 4-7 to 3-3 in the final in Croke Park.

Dermot's brother Colm was at midfield on that team and both men played with great distinction for their club Colmcille and the Longford senior team in the nineteen fifties.

Colm later transferred to Cavan and played in the 1955 All Ireland semi final replay where they lost to Kerry.

Dermot was unfortunate to be in goals for Longford in 1960 when Dublin played them in the Leinster championship in Mullingar with the scoreline reading 10-13 to 3-8 in Dublin's favour.

Things were disastrous that day for Longford and the fullback, the late Sean Murray played with part of his arm in plaster because of a hand injury.

The Dublin full-forward Johnny Joyce scored 5-3 that day, a record that stood for many years. The Longford scorers in what would normally be a very respectable tally were: Noel Dodd 1-2, Rogie Martin 1-2, Larry Gillen 1-0 Bobby Burns 0-2, Jim Harold and Martin Molloy 0-1.
Dermot also won a Longford senior championship medal with Colmcille in 1958 and a Leader Cup medal the previous year.

Our sympathy goes out to his family on their loss and to the many friends Dermot made in both Cavan and Longford over so many years. He was laid to rest, following requiem mass in the Cathedral of Saints Patrick & Felim, Cavan, on Wednesday, November 8, in Cullies Cemetery.