How to vote: Text ICONIC followed by your selection (name of sportsperson) to 57199 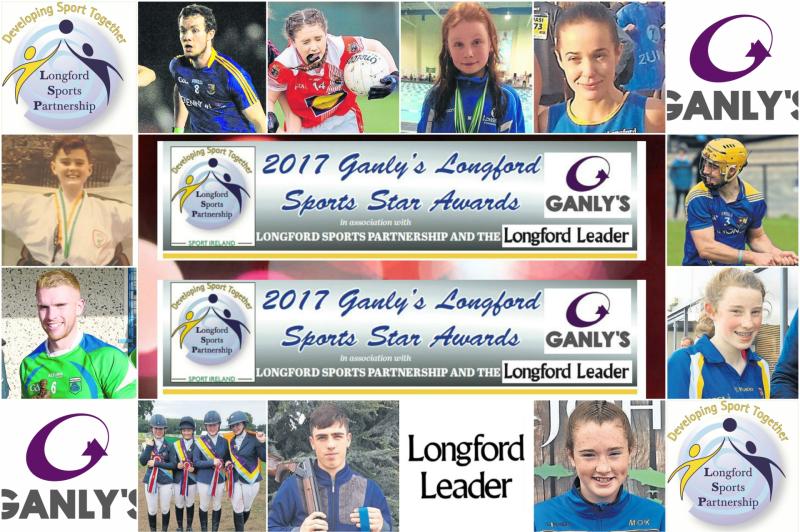 You have voted in your thousands to select the Ganly’s Longford Sports Star of the Month award winners and the next stage of the process is to ask members of the public to vote for their choice as Overall Sports Star of the Year.

The 2017 Ganly’s Longford Sports Star Awards, in association with Longford Sports Partnership and the Longford Leader, have generated plenty of excitement over the past number of months and the award winners will be feted and presented with their award at a gala celebration on Friday, December 1 in the Sin Bin Event Centre, Longford Rugby Club.

Each of the monthly winners will be presented with a memento in recognition of their achievement and those monthly award winners (January to October) also complete the shortlist for the coveted title of Overall 2017 Ganly’s Longford Sports Star of the Year.

The text vote lines will remain open until 12 noon on Thursday, November 30, 2017 and the identity of the overall 2017 Ganly’s Longford Sports Star of the Year will remain a closely guarded secret until it is revealed at the gala awards celebration.

The monthly winners, as voted for by the public, are;

Text ICONIC followed by your selection (name of sportsperson) to 57199
Don’t forget lines close at 12 noon on Thursday, November 30, 2017

Terms & Conditions
Texts cost €1 plus standard network charges. SP Sremium 0818220818. Lines close at 12 noon on Thursday, November 30, 2017. Entries made after the close date will not count and you may be charged. You may receive promotional messages in the future. 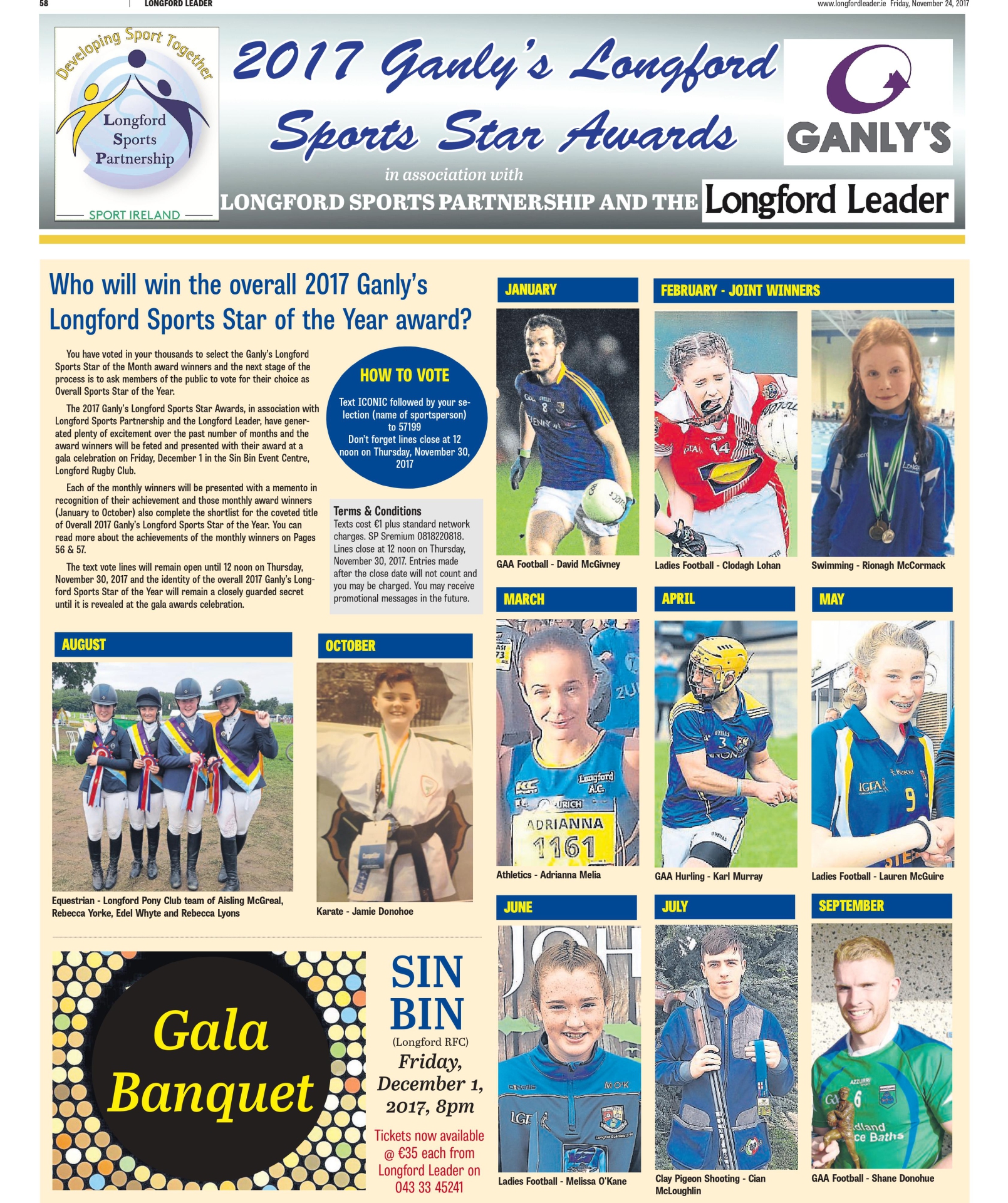