Mullinalaghta taking a cautious approach in defence of the title 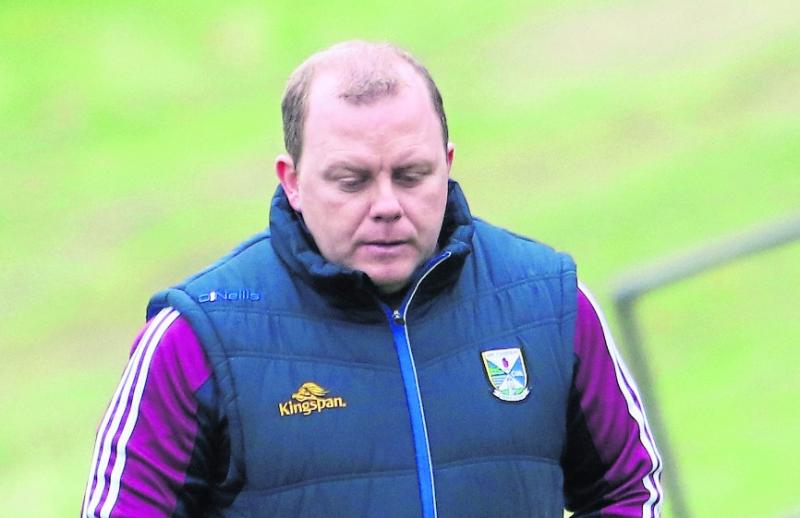 Mickey Graham, who guided Mullinalaghta to the county senior football championship title last year. The Cavan man will be hoping to repeat the feat with the St Columba's squad this season.

Although they are the reigning champions, Mullinalaghta St Columba’s manager Mickey Graham believes there is no great pressure on his side in this year’s championship.

Mullinalaghta bridged a 66 year gap in 2016 when they won the senior football championship title. That magnificent success lifted a huge weight off the shoulders of the current players who were considered to be serious title contenders in recent years.

Graham said: “The question hanging over these lads’ heads was would they ever win a senior county championship. I think that was a big burden on them. They have realised it now and if they are to never win another one it won’t matter. They have got what they always wanted to get.”

They are the team to beat so Graham knows the other leading contenders will be out to take them down. They are in a group with Longford Slashers, Dromard and the 2015 county champions Killoe Emmet Og. It’s a difficult group according to the Cavan man.

“When you look at the group we are drawn in there is no easy game. We are under no illusions of how tough it is going to be. It’s a new challenge for us.”

Preparations are going according to plan for Mullinalaghta. “We didn’t start training until the end of February. We haven’t had that many training sessions under our belt as last year but things have been going well so far,” commented Graham.

For Mickey and Mullinalaghta the biggest threat for them is Longford Slashers who provide the opposition in the opening round of the championship.

“To be honest I am looking no further than Longford Slashers. They are a town team who will always raise themselves for the championship and they have nothing to lose against us.

“We will then worry about who we have after them. There are a lot of teams that on their day can beat anybody and that’s what I love about Longford club football, nobody is guaranteed anything."