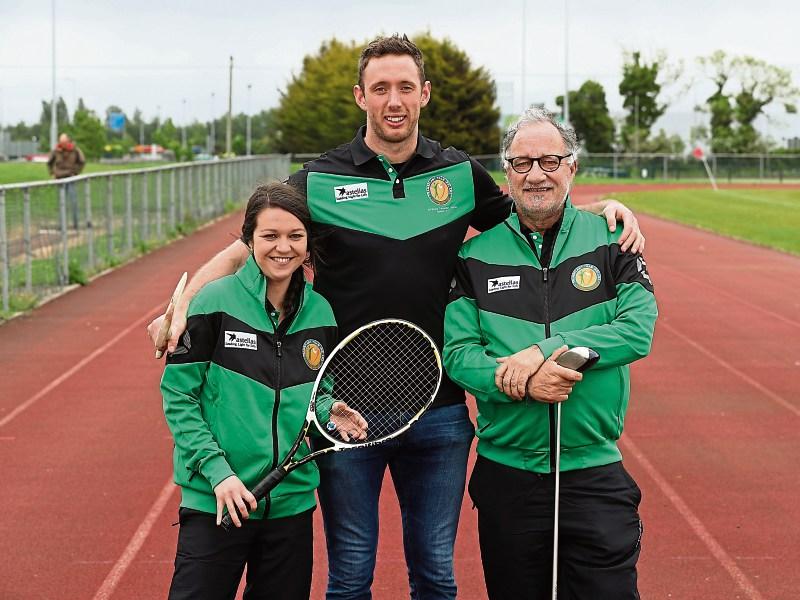 Lanesboro native Tony Gavigan is among 28  athletes expected to represent Ireland at the World Transplant Games in Malaga over the course of the next six days.

Tony, now resident in Navan, Co Meath, has a poignant and a deep personal motivation for participating in the Games.

He revealed, “For me, participating in the Games, is all about honouring my kidney donor and the memory of my beloved son Kyle whose organs were donated after his untimely death when he was just 12 years old.”

The retired Garda, who previously worked at Kells Garda Station, has two other children, Kasha and Elden, who are now living and working abroad. Tony underwent a kidney transplant 20 years ago.

Rooting for Tony’s success in Malaga from afar will be his family members including his elderly mother Anne (91) and brother Noel who live in Lanesboro.

It’s been seven years since Tony was involved with transplant sport when he took part in the European Transplant & Dialysis Sports Championships in Dublin in 2010. It was on home soil that he won a Gold medal in his favourite sport, Golf, and also picked up a Silver in Darts and a Bronze in Petanque.

This year will be the second time for Tony to take part in the World Transplant Games having participated ten years ago in Bangkok, Thailand in 2007.

Tony describes his diagnosis of kidney failure which came within a year of his oldest son Kyle’s tragic death in January 1996 as a ‘complete shock’.

“I had been feeling very unwell and was very lethargic but was attributing it to my immense grief on the recent death of my son Kyle. I was completely unaware that my kidney function had dangerously declined and to get this diagnosis that I would need a kidney transplant so soon after donating Kyle’s organs was unimaginable.”

He continued, “I commenced dialysis almost immediately after my diagnosis and thankfully only had to wait a year for a family to make the grave decision, which my family had made a year before, to donate a loved one’s organs. I underwent my kidney transplant in 1998 and I have enjoyed good health for the past 20 years. My health vastly improved thanks to their gift to me. Kyle’s legacy is that his two kidneys and corneas have saved or improved the quality of life for four other people.”

Ranging in age from 30 to 79, Transplant Team Ireland includes five  Liver transplant recipients and 24 who have undergone kidney transplants.

Tony said, “I’m excited about being part of Transplant Team Ireland again at the World Games and I look forward to taking part in my events and competing amongst hundreds of other transplant recipients from around the world who are celebrating being given a second chance of life thanks to their donors.”