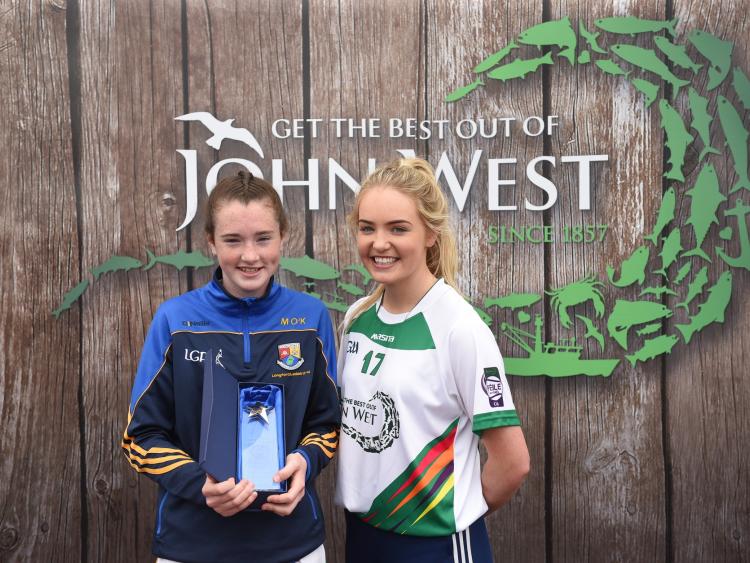 Rising ladies gaelic football star Melissa O'Kane, from Ardagh St Brigid's, was on top of her game as she triumphed at the All-Ireland John West Féile na nÓg Skills Day.

Melissa O'Kane is pictured with Monaghan footballer Eimear McAnespie, after winning the girls football skills competition in the National Sports Campus on Saturday.

Melissa was the only girl from all the counties involved to kick points with both her left and right foot. In last year's competition, Melissa finished as runner-up, so she was thrilled to go one better on this occasion.

Melissa also featured with the Longford ladies football U-14 team who recently won the Leinster 'B' championship title.

Massive congratulations to Melissa on her achievement.