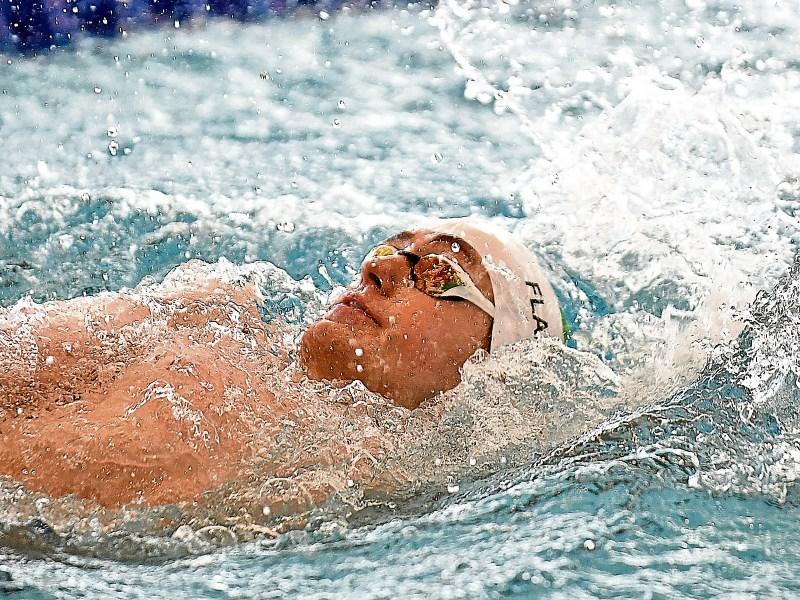 Longford’s Patrick Flanagan was among a team of four Irish swimmers that competed at the third meet of the new Para Swimming World Series in Sheffield, from Thursday to Sunday last, April 27-30.

A member of Longford swimming club, 19-year-old Patrick has Spina Bifida, and he is currently studying in UCD.

Bringing together some of the biggest competitions on the global calendar, the World Series will take in five countries across Europe and the Americas between March-July, leading into the 2017 World Championships in Mexico City in October.

In Thursday’s 100m Freestyle, Patrick didn’t advance from the heat touching the wall in a time of 1:25.07.

On Friday, Patrick was pleased with his morning swim of 40.23sec in the 50m Freestyle but did not progress to the final.

Patrick contested the heats of the 100m Backstroke on Saturday morning but finished outside the top twenty places needed to advance to the finals. His time was 1:28.75.

Later that evening, Nicole Turner won a bronze medal in the 50m Butterfly final. The Laois native, who competes in the S6 class, raced impressively to record a time of 37.44seconds (851 points); notably just outside of the lifetime best time she set in the Paralympic final in Rio.

Nicole’s dad, Jason, is the warehouse manager at C&D Foods in Edgeworthstown and her performances at the Paralympics in Rio de Janeiro last September generated much excitement locally.

On Sunday, Patrick concluded his meet with a 5:58.38 in the heats of the 400m Freestyle which wasn’t enough to advance to the finals. While Nicole finished 6th in 400m Freestyle final in a time of 5:57.97.