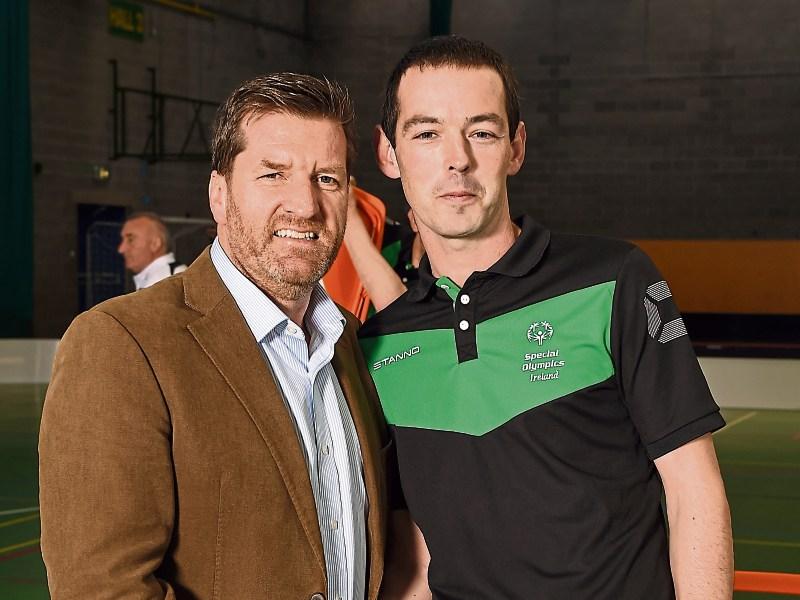 For the first time ever, a Longford athlete John Paul Shaw, and his coach Michael Keenan, are making their way to Austria next week to compete in the Floorball section of the Special Olympics World Winter Games 2017.

Both are members of the Shoot 'n' Stars Special Olympics Club, Mullingar. This is John Paul's 4th World Games and Michael's 3rd.

John Paul is one of 26 athletes that will compete as part of the Team Ireland squad and he will represent his country in floorball. Team Ireland have two teams (each consisting of a panel of 10 players) participating in floorball.

Floorball is a very fast team sport, similar to unihoc or ice hockey but played in a rink on a standard playing surface.

John Paul and Michael, along with their Team Ireland colleagues, depart next Tuesday, March 14, for the World Winter Games in Graz and Schladming, Austria. The Games open on March 18 and continue until Saturday, March 25.

The 2011 five a-side soccer gold medal triumph in Athens was particularly special for John Paul as his brother Joe captained the team and Michael Keenan was also part of the coaching team.

Austria, however, will be John Paul’s first World Games for floorball and he is extremely proud and excited to have been chosen to represent his country again.

He  has been training hard and eating healthily in preparation.

John Paul explained, “The training is tough and I am in the gym the whole time. I am a full-time horticulturalist too, so I need to balance my training with work and that’s hard but it’s fun too.”

He added, “In the afternoons, I am doing basic training, running on the treadmill, weights and stuff to stay fit and I take Saturday and Sunday off.”

John Paul says Special Olympics has been a great opportunity for him  to travel and meet new people, and this is what he is looking forward to most in Austria.

“It's a great way to see the world. I have never been to Austria. The Republic of Ireland soccer team was there last November and won 1-0 so hopefully we will be just as successful when we get over there!”

He isn’t too upset about being out of the country on St Patrick’s Day either.

“I will miss out on the St Patrick’s Day parade when we’re away, that’s the only thing but I’ll make up for it before hand.”

Not only is John Paul undergoing rigorous floorball training, he also incorporates swimming and soccer into his exercise regime to ensure he is fit and ready for the Games in March.

“He has shown great dedication and motivation, as well as strong discipline and tremendous skill in getting this far. The whole of Co  Longford and beyond will be cheering him and all our athletes on. We wish John and the whole of Team Ireland well with their preparations.”