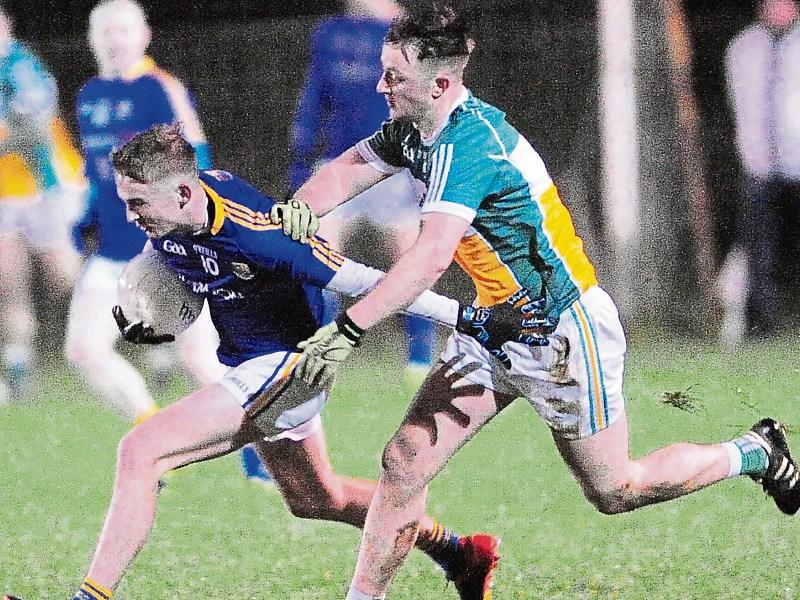 Trailing by a point at half-time, 0-4 to 0-5, Longford upped their game considerably in the second half with Liam Connerton and Darren Gallagher both raising the green flag as Denis Connerton’s side cruised to success.

This result will matter little when the two counties, who have become familiar rivals in league and championship in recent years, meet again in the first round of Division 3 of the Allianz National Football League on Sunday, February 5 in Glennon Brothers Pearse Park.

Pat Flanagan’s Offaly were under strength and in experimental mode for this game and while Longford were able to field a strong team they also had plenty of quality on the bench; something that had been lacking in recent years.

Longford had been dealt early blows with Andrew Farrell and then Darren Gallagher having to go off injured.

Gallagher, however, was able to return to the action for the second half and he made a huge difference; contributing 1-2.

Once again the McCormack brothers - Padraig and Sean - were in fantastic form and Dermot Brady (who came on for Farrell) defied his age with his boundless energy and enthusiasm and got on the scoresheet just before the break.

Brady’s score cut the gap to one point, after Longford had made a sluggish start to the game. Offaly got early scores and held a three point lead in the 10th minute.

Longford’s first point came from a Sean McCormack free in the 11th minute after Connerton was fouled.

Offaly once again took control of matters and in the 24th minute were ahead by four, 0-5 to 0-1. The Faithful County also had a goal chance in the 19th minute but Longford defender Paul McGee was quickly back to clear the danger on the line.

Longford rallied before half-time; a well struck ’45 from goalkeeper Paddy Collum was followed by points from Shane Kenny and Brady to leave Longford behind by one 0-5 to 0-4.

2016 O’Byrne Cup runners-up Longford, who lost to Kildare, 0-12 to 1-15, four days earlier in Newbridge,  levelled matters in the 37th minute courtesy of Sean McCormack and one minute later they went ahead for the first time in the game; Dessie Reynolds played a fine pass into Connerton and he found the back of the net, 1-5 to 0-5.

Points were traded between McCormack (free) and Cian Donoghue before Longford took a firm hold of proceedings.

Gallagher hit over a fine point, it was followed by a point from Padraig McCormack who had surged up from the back-line and then the industrious James McGivney got on the scoresheet.

The best point of the game came in the 53rd minute from Longford midfielder Gallagher to put Longford ahead by seven points,  1-10 to 0-6.

After being out of the game Offaly got a much needed point when Sean Doyle fired over a free in the 58th minute.

Sean McCormack registered Longford’s 11th point before the very influential Gallagher completed the rout and netted their second goal in the 61st minute with the simplest of tap-ins, 2-11 to 0-7.

Ten points ahead and with unlimited substitutions permitted in the O’Byrne Cup tournament, Longford boss Denis Connerton not surprisingly decided to empty the bench and give players some game time.

Pat Flanagan’s Offaly, who crushed Carlow IT in Rd 1 by 5-18 to 0-4, struck for late consolation scores from Doyle (his third converted  free) and William Mulhall also scored from a free in stoppage time.

Due to the amount of substitutions over eight minutes of additional time was played at the end of the game.

And just before the shrill of the final whistle Longford defender Paul McGee was sent off for a second yellow card offence.