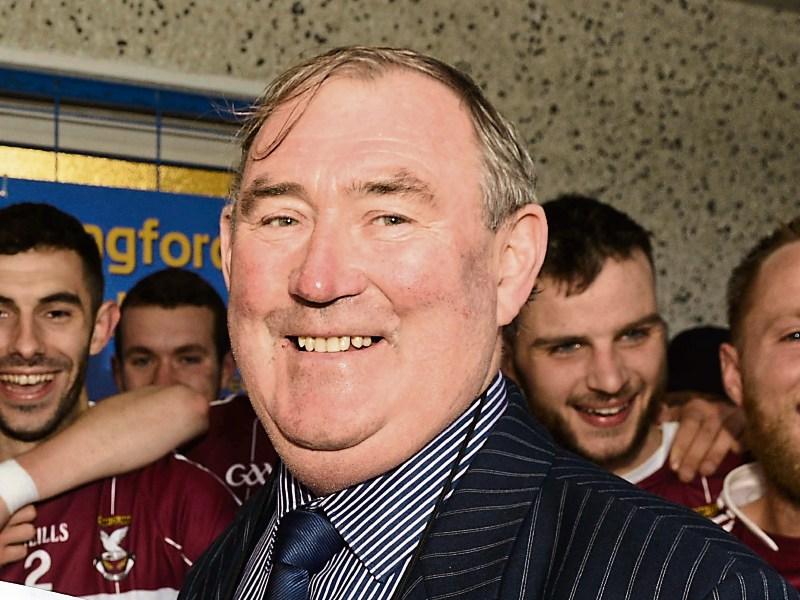 While naturally disappointed in that he failed in his bid for a fifth and final year as County Board Chairman, it must be said that Brendan Gilmore gave great service to the GAA both as a player, referee, mentor and administrator.

Gilmore lost out in the election (46-38) for the top position at the annual Longford GAA Convention in the Rustic Inn, Abbeyshrule on Thursday night last with Eamon Reilly (St Munis Forgney) installed as the new Chairman.

In his acceptance speech Reilly (Vice-Chairman for the past three years) praised Gilmore for all he had done for Longford GAA, taking into account that the Rathcline clubman also served as Vice-Chairman, Secretary and Treasurer on the County Board down through the years.

“Brendan owes nothing to Longford GAA. He holds legendary status as a member of the great Longford team in the sixties along with the marvellous service he gave in a number of positions on the county board executive. He will always be very welcome around Pearse Park,” said the new Chairman.

Those comments were shared by Gilmore’s fellow Rathcline clubman and current County Board Treasurer Albert Cooney, highlighting the big impact that Brendan had made both as a player with the successful Longford teams in 1966 and 1968 and in later life at administration level.

On his departure from the county board, Brendan Gilmore congratulated his successor Eamon Reilly and wished him well.

Speaking in the aftermath of his defeat in the contest for Chairman, Brendan said: “Time is a great healer. I first became involved with Longford GAA as a player back in 1963 but the time has now come to make different plans in my life. This is my last occasion going for a position on the County Board executive but I have enjoyed it all.”

In other news at the GAA Convention, the new Chairman Eamon Reilly was confident that Martin Skelly, coming from a small base just like himself, would make a strong bid to become the next GAA President and he wished the Cashel clubman well in speaking on behalf of the  Longford GAA community.

Skelly topped the poll with 63 votes in the contest to select the two delegates to Congress in Croke Park on February 24th/25th while also elected with 45 votes was Legan Sarsfields clubman TJ Ward who will be joined in Dublin by Chairman Eamon Reilly and Secretary Peter O’Reilly.

Just Eugene Quaine (Carrickedmond) and Sean Hannon (Mostrim) stood for the selection of  the two delegates to represent Longford at the Leinster GAA Convention in Carlow on Saturday January 28 and thus were automatically elected.

The motions at Convention delivered some interesting discussion with Longford Slashers once again proposing that Bye Law 4.01 Coiste Chontae Longfoirt in relation to the parish rule be amended by way of the deletion of paragraph (a) which reads as follows: The club within the parish in which he/she went to primary school and with whom he/she first played football or hurling in an official schools competition.

There was for and against as a number of clubs got involved in the lively debate and the motion was eventually defeated on a show of hands.

A number of delegates spoke on the issue before the motion was passed. In the event of a team winning the Intermediate Football Championship in two successive years the club shall be promoted to the Senior grade automatically