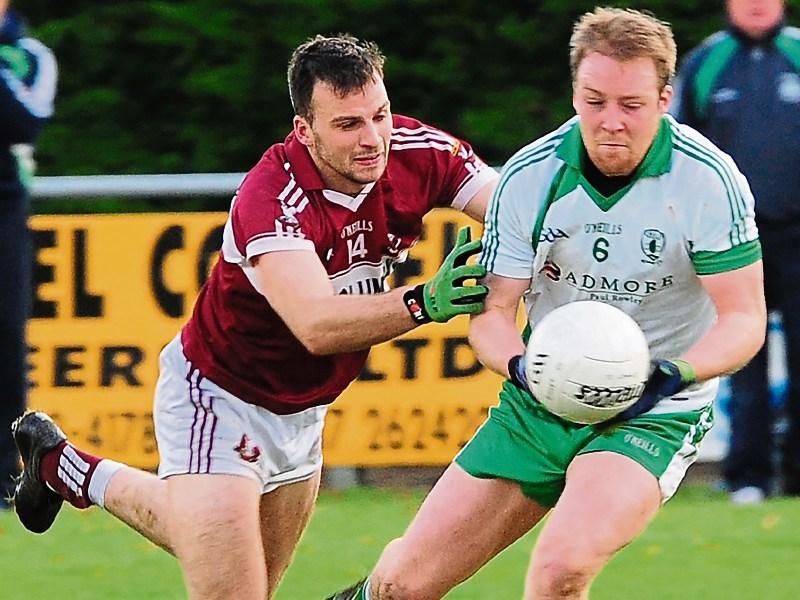 The curtain comes down on the 2016 Longford GAA club season on Sunday next with the stage set for the Leader Cup Final between Clonguish and Mullinalaghta St Columba's at Glennon Brothers Pearse Park, throw-in 1pm.

Always considered to be a prestigious competition in the quest to capture the famous old trophy, Clonguish head the Leader Cup honours list with ten triumphs but have suffered a big blow in that their most experienced player Paul Barden is currently suspended.

The former Longford star was dismissed for a black card offence in the 1-11 to 1-6  semi-final win over  Colmcille after remonstrating with the referee Michael O’Brien (Slashers) and was subsequently cited for further  verbal indiscipline directed at the match official as stated in the referee's report submitted to the county board.

Barden received a one match ban, which rules him out of the Leader Cup Final, and while an appeal was then lodged by the Clonguish club it was turned down by the Longford GAA Hearings Committee sitting in Mullingar.

Due to St Columba’s brilliant run to the Leinster Club SF Championship semi-final which ended in defeat against the Dublin giants St Vincent’s, the county senior football league competition was held up with Clonguish having to wait six weeks for the final in their bid to win this title for the first time since 2011.

Mullinalaghta are enjoying a glorious year in moving a step closer to the elusive championship and league double following their 1-11 to 0-9 victory over Killoe at Emmet Park last Sunday.  The home side were hit hard when they were reduced to 14 players after Paddy Thompson was sent-off when  he received a second yellow card in first half stoppage time.

St Columba’s are attempting to capture the coveted Leader Cup for the eighth time with their most recent success materialising in 2013. The progressive north Longford club have gone on to achieve greater things as they ended a very long wait of 66 years to win the senior championship title back in October and are the firm favourites to regain the Leader Cup.

The momentum is very much with confident Mullinalaghta and it will be a considerable surprise if they fail to emerge victorious, particularly as Clonguish will be missing Paul Barden.

The county champions were performing at a different level in Leinster and if they can reproduce the same sort of high intensity that rattled Stradbally (Laois) and St Loman’s Mullingar then Mickey Graham’s charges will be very hard beaten.