Mullinalaghta in the spotlight 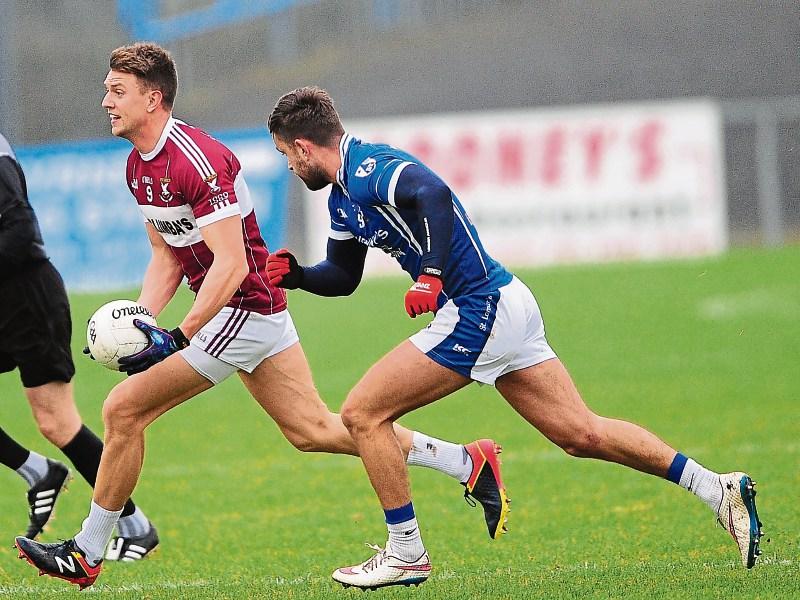 The element of surprise may be gone in the aftermath of their excellent wins over Stradbally (Laois) and St Loman’s Mullingar but Mullinalaghta St Columba’s are gearing up for a right crack at St Vincent’s in the Leinster Club Senior Football Championship semi-final on Sunday next, throw-in 2pm.

The Longford champions have put themselves very much in the spotlight as their exciting run in the provincial series has captured the imagination of GAA followers around the country.

Mickey Graham’s bravehearts will be hoping to spring a sensational shock,  particularly with the advantage of playing at Glennon Brothers Pearse Park.

Dublin All-Star Diarmuid Connolly will be leading the charge for a very strong St Vincent’s side who are the favourites to win the All-Ireland title this season and the small Mullinalaghta community (with a population of around 450) do not need to be told that their club are facing a daunting task in their quest to create history.

No Longford team has ever succeeded in reaching the Leinster Club SFC final with Clonguish, Cashel, Fr Manning Gaels and Killoe Emmet Og all falling at the penultimate hurdle but St Columba’s will believe that anything is possible.

Former Dublin players Ger Brennan and Tomas Quinn will also be in action for St Vincent’s,  along with Sligo defender Brendan Egan and former Mayo forward Enda Varley, and the Marino machine will clearly take a lot of stopping.

Having said that, it took them quite some time to assert their superiority over Palatine (Carlow) in the previous round.

Diarmuid Connolly lasted just 19 minutes of that match at Netwatch Cullen Park after receiving a black card  with  St Vincent’s labouring to a slender two points lead at half-time before eventually cruising to a comfortable 0-16 to 0-8 victory in the finish.

In other GAA news, County Board Chairman Brendan Gilmore is facing a challenge from Eamon Reilly (St Munis Forgney) at the annual GAA Convention in the Rustic Inn, Abbeyshrule on Thursday, December 15.

Reilly, the Vice-Chairman for the past three years, has been nominated for the top post and has declared that he is running against Rathcline clubman Gilmore who is seeking to serve a fifth and final term as Chairman. Preview on page 94.

The Under 21 ‘A’ Football Championship Final is  down for decision at Allen Park this Saturday night (7pm) with the 2014 winners Killoe Emmet Og taking on Clonguish, the latter attempting  to win this title for the first time since 2000. Preview on page 90.