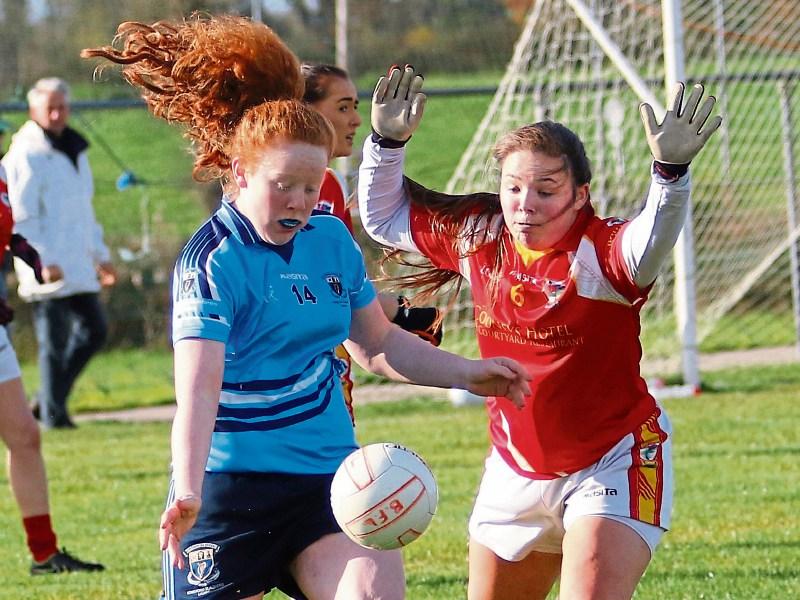 The final was played In blustery conditions and Slashers used their first half wind advantage to clock up a seven point half-time lead and from there on they sailed to victory against a very young Ballymahon/ Forgney side.

Led at midfield by Aoife O' Brien and Orla Nevin as well as dangerous full-forward Jessica Barry, Slashers got off to a brilliant start to clock up five unanswered points in the early stages of the game.

Ciara Foxe opened up the Ballymahon/Forgney account after 14 minutes with a fine effort and she would finish up as the sole scorer for the south Longford side in this contest.

The immensely talented Aisling McCormack and Foxe tried to influence the game in favour of Ballymahon/Forgney but with the aid of the wind Slashers began to take control. A Cara Shannon goal paved the way for Slashers to establish a commanding half-time lead.

A Ciara Foxe goal just before the break closed the gap to seven to give Ballymahon/Forgney a glimmer of hope with the advantage of the wind in the second half.

Leading by 1-8 to 1-1 at the break, Slashers killed off any hope of a comeback with a goal from Grace Shannon in the early stages of the second half and two more followed from Jessica Barry as the reigning champions cruised to a comprehensive victory.

The gallant losers evidently lost their spirit after conceding the goals on the changeover. Although having a stiff breeze in their favour, Ballymahon/Forgney only raised the white flag on two occasions in the second half with both points coming from full-forward Ciara Foxe.

The game was finished as a contest midway through the second half with Slashers taking complete control to run out easy winners in the finish.

The physical stronger Slashers side deservedly emerged victorious but the game might have been tighter if not for the difficult playing conditions.

Aided by the first half wind advantage, Slashers were allowed to gain a serious upper hand that would be too difficult to overcome for the Ballymahon/Forgney squad.

Undoubtedly it is a fantastic achievement for Slashers to win four minor championships in a row but this Ballymahon/Forgney side had fourteen U-16s playing and will most definitely provide stern opposition in Slashers drive for five next year.