St Brigid’s Killashee fall at the first hurdle in Leinster 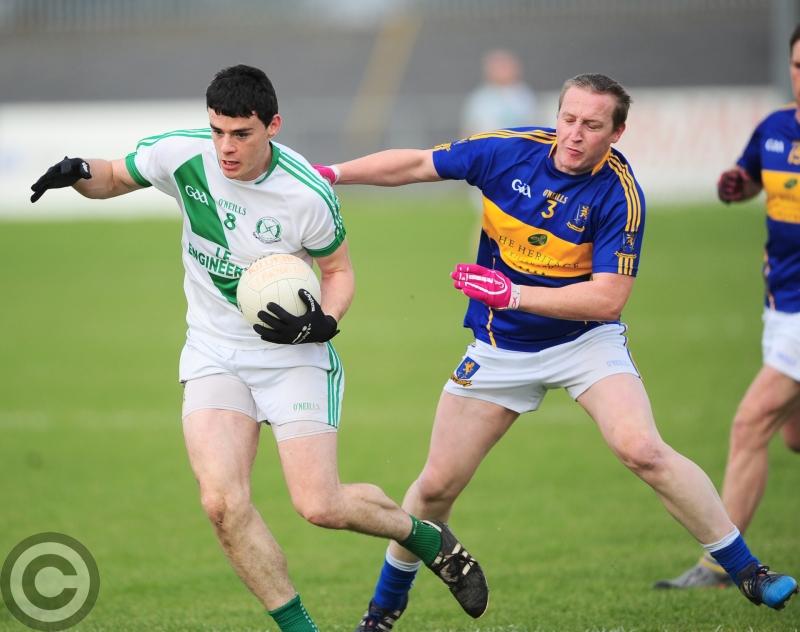 After the great adventure in reaching the Leinster Club Junior Football Final last season, St Brigid’s Killashee made a significant step up in grade to compete in the provincial Intermediate championship this year and found the going too tough against Laois opponents O’Dempsey’s in the first round clash at Glennon Brothers Pearse Park on Saturday.

St Brigid’s always knew that there were in bonus territory on this occasion and thus will not be that bothered by the early exit after their excellent achievement in winning the county intermediate title which was very much the main priority for the players after the disappointment of losing to Rathcline in the final last year.

Rocked by a very bad start which left them trailing by 1-3 to 0-0 with just seven minutes gone in the game, St Brigid’s were facing a real uphill battle thereafter against the superior O’Dempsey’s side, the club situated on the outskirts of Portarlington who eventually won by the comfortable margin of nine points.

St Brigid’s were second best for most of the match and trailed by 1-9 to 0-8 at the break with Willie Skelly shooting six points (four frees) despite his recurring injury problems. And Killashee were denied a certain penalty in the 12th minute when Cillian Lee was fouled in the square when poised to score a goal but there was no whistle from the referee.

The crucial O’Dempsey’s goal was a close range effort from corner-forward Stephen O’Leary in the 5th minute following a well-worked move.

Killashee closed the gap to just a goal (1-10 to 0-10) following a point apiece from Michael Farrell and Darren Carberry in the early stages of the second half.

Michael Finlay had landed the opening score immediately on the changeover and the lethal corner-forward kicked over four more points (all from play) during a decisive dominant spell for O’Dempsey’s which yielded 1-6 without reply, the killer goal coming from Barry Kelly in the 43rd minute.

Credit to St Brigid’s for battling it out to the bitter end and after substitute Mark Rossiter struck a penalty against the crossbar (55th minute) he got another chance to snatch a consolation goal in the 57th minute.