Can Cashel inflict another county final defeat on St Brigid's? 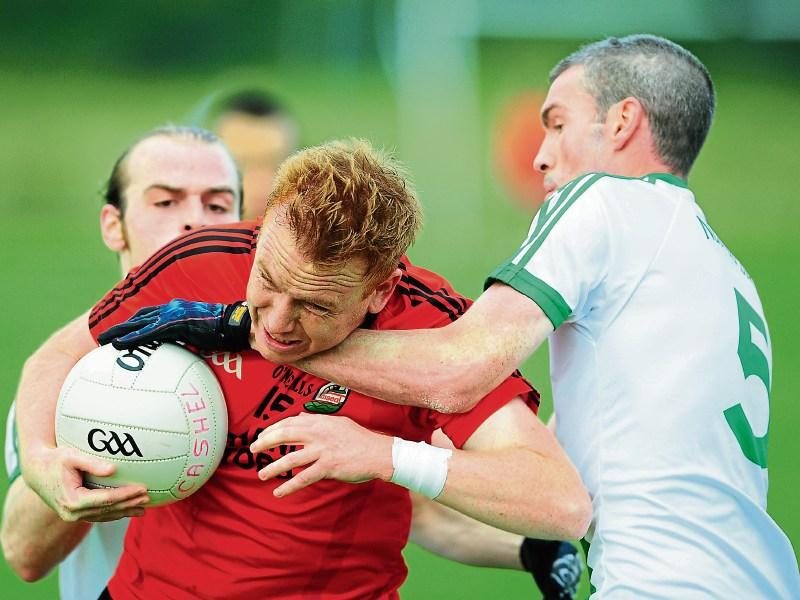 Amalgamated for many years now at underage level, Cashel and St Brigid’s Killashee clash in the Intermediate Football Championship Final at Glennon Brothers Pearse Park on Sunday next and a close encounter is probably in prospect.

Beaten by another of their neighbouring rivals Rathcline in last year’s title decider, the Killashee players will be hoping to make amends on this occasion and the club also suffered the bitter disappointment of losing against Cashel in both the 1999 and 2008 Intermediate finals.

Thus revenge will be very sweet indeed if St Brigid’s can succeed in capturing the Gerry Hennessy Cup that they last won in 2011 but their current manager Ray Curley (in his second season in charge) is only too well aware that his team are facing a difficult task against Cashel in the quest for championship glory.

A slow start against Grattans in the semi-final will have given  Ballyleague native, Curley a cause for concern and should a similar situation materialise on Sunday then Killashee could be in trouble.

It was the complete opposite when they took on Cashel in the opening round of the group stage and St Brigid’s enjoyed a commanding seven points lead in the early stages of the second half before the opposition woke up in gradually getting their act together.

Inspired by the impressive Andrew Farrell who scored a cracking goal in the 57th minute, the sides were all square with time almost up but with virtually the last kick of the game Francie Dolan fired over a well struck free to clinch the victory for Killashee.

Another win followed against Kenagh but St Brigid’s were fortunate to survive in the make or break final fixture in the group against Ardagh/Moydow when a late goal by Mark Rossiter in a strong finish swung the issue in their favour.

It took Killashee quite some time to assert their superiority over Grattans in the semi-final but they eventually got going to win by the wide margin of 12 points (1-15 to 0-6) with chief marksman Willie Skelly playing his usual prominent role.

The vastly experienced Skelly shot a total of six points (three frees) and is very much the main man in the St Brigid’s attack. Darren Carberry and Francie Dolan are other forwards well capable of making a big impact while the versatile Cillian Lee is a promising young player who will be trying to embark on his usual penetrating runs and particularly so if pitted in the half-back-line.

There is a good balance about the St Brigid’s team with a resolute defence who will be very determined to contain the threat of the Cashel attack while Emmet Skelly is a key figure at centrefield and will be going all out to make his presence felt in this vital sector - probably in direction opposition to Andrew Farrell in what promises to be a fascinating duel.

The good news for Killashee is that James Willis is back in action after having to endure a lengthy injury absence but the bad news for Cashel is that the Farrell brothers, Padraig and Ronan, are currently on the casualty list and that is a significant blow to their chances of winning the Intermediate title for the first time since 2009.

Before a ball was kicked in the 2016 championship the general opinion was that the Newtowncashel club were the favourites with Mostrim man Gerry Lynn back for a second stint in charge.

While manager Lynn and his players were under considerable pressure after losing to Killashee in the first round, it must be said that Cashel then showed a lot of character in getting the better of Ardagh/Moydow in a must win game to keep their title hopes alive.

A comfortable victory followed over Kenagh as the men in red and black made it through to the last four and a late goal from substitute Keith Carberry secured a hard earned success over Sean Connolly’s on a 1-7 to 0-6 scoreline.

There was little separating the sides in that tight contest and Cashel will now believe that they can cross the final hurdle with county player Andrew Farrell leading the charge. The driving force of the powerful Farrell has pushed his club to within one step of a seventh Intermediate championship triumph and he will be hard stopped on Sunday.

Conor Farrell (younger brother of Andrew) is another leading light on the Cashel team and both could start at midfield in a bid to gain a decisive edge. If this happens to be the case then the sharp attack have the ability to complete the job and five of the forwards that started against Connolly’s got their names on the scoresheet.

Aidan Rowan, Ger Dennigan, Gary Kenny, Gavin Kelly and Ronan Healy were all on target in the semi-final win and as Cashel appear to have the greater scoring power they are fancied to regain the Gerry Hennessy Cup in their bid to inflict another county final defeat on Killashee.