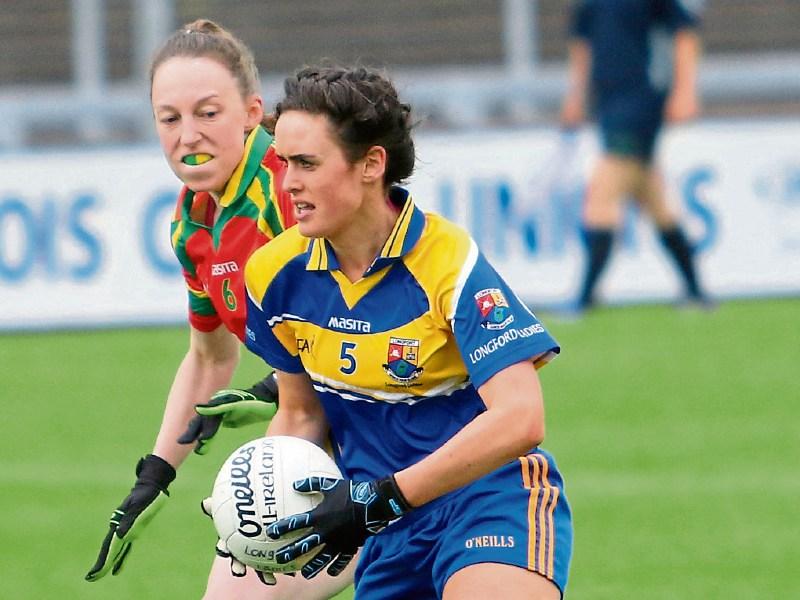 Last year was one to forget for Longford ladies; relegated to Division 4 and back down to the Junior grade. When Leitrim native Michael Bohan took over as Longford manager this season he had two targets; to win the Division 4 title and help Longford make a swift return to Intermediate football.

Joined on the sideline by selectors Seamus Mullen and Dara McGann, Longford just missed out on promotion but remain on course for championship glory and Derry stand in their way of an All-Ireland Junior Final appearance at Croke Park on Sunday 25 September.

The last four game is scheduled for the Fingallians GFC grounds in Swords, Co Dublin on Sunday next with a 3.15pm throw-in, the second part of a double header along with the other junior semi-final between Antrim and London (1.30pm).

Speaking to the Leader Bohan said: “When myself and Seamus came in and then Dara, our aim was to win Division 4 in the National League but unfortunately it didn’t happen. After the league semi-final defeat against Antrim, we told the players that the All-Ireland Junior Championship was there to be won but they needed to give it everything in their efforts to succeed. ”

The Longford  manager  is taking absolutely nothing for granted against Derry, even though they hammered the Ulster county by 8-17 to 3-7 in the National League back in February, but Bohan has great confidence in his players.

“We played them in the league and produced a great first half performance but they have a few good footballers and it could develop into a battle on this occasion. The team that we will send out on Sunday will be different from the one that played them in the league. There has been a number of changes since then but we believe we are good enough to make further progress and do not fear Derry.”

There are players who have experienced disappointment over the years with Longford but that hurt should drive them on. Bohan wants them to just think of the present situation and the big opportunity of getting to Croke Park.

“It is generally a new team and a different manager. They need to forget about what happened over the last number of years and concentrate on the current campaign. It’s a great chance for them to get to play in All-Ireland Final in Croke Park. We have a good blend of youth and experience and hopefully we can reach the title decider.”

The Longford ladies management team are working with much the same panel that played against Carlow in the Leinster Final and the first round clash away to Antrim in the All-Ireland Championship and while they are some welcome additions, a significant setback is the absence of the injured Alice Magan who sustained three broken bones to her cheek during an accidental clash in the recent Junior   Club ‘B’ Final.

“Michelle Noonan and Aoife Darcy are back but Michelle Farrell and Aisling Reynolds are not returning until after the All-Ireland semi-final. Anne Duffy is back from injury and things are going well in the preparation for the game against Derry,” said Bohan.

Although they are just 60 minutes away from Croke Park and a place in the All-Ireland Junior Final, Longford will treat the task against Derry like they have done for the other two championship games.

“We have great confidence in the girls. There are great players here in Longford and they are well capable of competing in the Intermediate grade. That is the challenge. They are one game away from Croke Park and another one to get back playing Intermediate football next season in our quest to win the All-Ireland Junior title,” stated the optimistic Longford  boss.

The Longford line-out in the 10-15 to 0-1 win over Carlow in the 2016  Leinster Junior Final in Portlaoise was as follows: