Mostrim cruise through to last eight in easy win over Rathcline 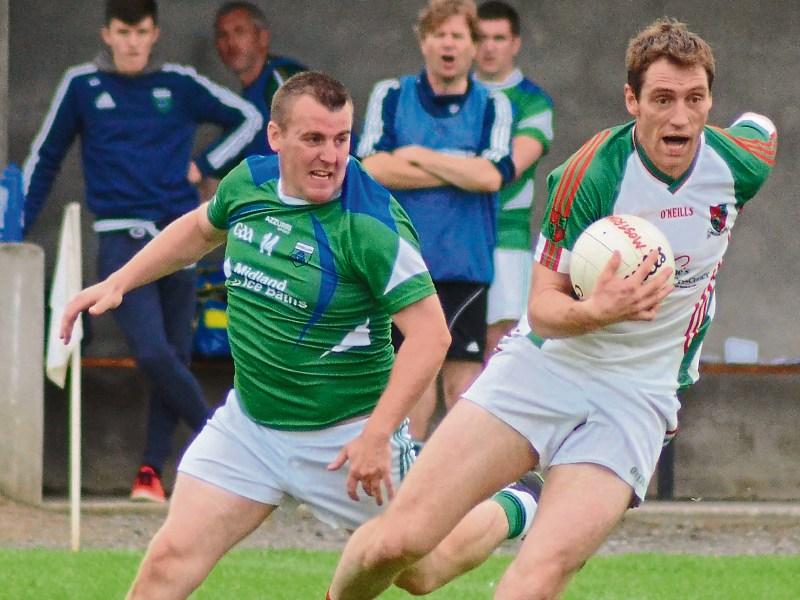 Boosted by a brilliant start that yielded goals from Benny Dempsey (after just 30 seconds) and Darragh Doherty (3nd minute), Mostrim cruised into the quarter-finals of the Senior Football Championship when they scored an easy win over relegated Rathcline in the Group 3 final round fixture at Dunbeggan Park on Sunday last.

A sparse attendance gathered at the Grattans grounds to witness this generally one-sided encounter and while Edgeworthstown clocked up the impressive tally of 25 scores, they conceded 2-12 which would win most games and that is clearly a cause for concern as Jack Lynn prepares his side for a far more difficult task ahead.

But the Mostrim manager will be pleased that his club finished top of the group unbeaten and the return of key players Shane Kiernan and Cillan Lynn will strengthen their cause in the bid to make further progress in the Connolly Cup.

Some of the younger players in the squad were tried out on this occasion and it was encouraging to see substitutes Cathal Victory and Thomas Doyle get their names on the scoresheet in the closing stages of the game.

Rathcline, who will be back playing in the Intermediate grade next year, were missing a few regulars and struggled badly in the first quarter of the contest as the rampant Mostrim men established a very commanding 2-7 to 0-1 lead with their points coming from Brian Farrell (2), Michael Hussey (2), Seamus Hannon, Alan O’Hara and Darragh Doherty.

The solitary Rathcline score was recorded by James Hanley in the 10th minute but they battled back to make some sort of impact and ended up trailing by 2-10 to 0-6 at the break with Shane Kenny (play and ‘45), Oisin O’Sullivan, James Carroll and Hanley (free) accounting for the other points.

But it could have been worse for last year’s Intermediate champions as Mostrim missed a couple of other goal chances and kicked a total of ten wides during the course of the first half with Sean Monaghan, Darragh Doherty and Niall Quinn getting the other three points.

Rathcline, to their credit, made a great start to the second half with a well-taken goal from Oisin O’Sullivan with just a minute gone and soon after Kevin Chapman kicked the ball over the bar to close the gap to six points.

Back came Mostrim with three scores in a row through Darragh Doherty, Brian Farrell (free) and Michael Hussey to regain control and Farrell then squandered a clear-cut chance of a goal when his point-blank shot was well saved by the Rathcline keeper David Mulvihill in the 40th minute.

Colin Hannify’s side battled it out to the bitter end in adding another 1-5 to their tally, the highlight of which was a glorious point from Shane Kenny who surged through to fire the ball over the bar in the 47th minute.

Kenny also converted a free and grabbed the consolation goal in the 58th minute while the other Rathcline points were registered by substitute Garth O’Reilly, James Hanley and Colin Fayne.

Mostrim continued to enjoy a lot of possession in the second half, scoring a further 1-9 with Alan O’Hara shooting to the net in the 51st minute. The points were fired over by Brian Farrell (free), Michael Hussey, Martin Coyle and a brace from the hard working Seamus Hannon while also on target were Cathal Victory (2), O’Hara and Thomas Doyle.

Another of the young guns Daniel Connell had a goal attempt blocked down in stoppage time as Mostrim ran out winners by the wide margin of 13 points despite kicking another seven wides in the second half.